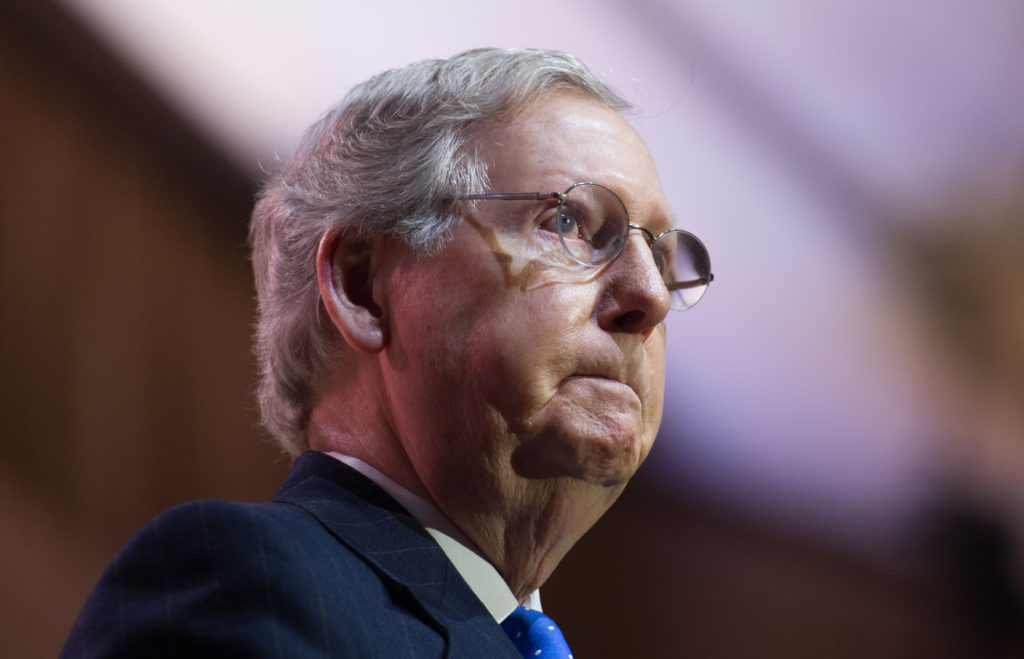 Actions speak louder than words. GOP leaders may talk about winning in November, but they are openly pursuing a strategy that political parties follow when they expect to lose bigly. As the likelihood of a Biden presidency and a flipped Senate rises months ahead of the election, Republicans are bracing for a resounding defeat — and they’re not even trying to hide it.

In the middle of March, just before the coronavirus pandemic and Donald Trump’s failure to keep Americans safe overtook headlines, the New York Times reported that Mitch McConnell has been reaching out, personally and through surrogates, to Republican-nominated judges to persuade them to retire immediately, if they are eligible for senior status benefits. The goal is to replace older right-wing judges with younger ones, essentially extending the duration of the GOP’s lock on critical judicial seats.

McConnell and his minions are not merely putting the rather obvious suggestion of retirement out there. They are urging these veteran judges to hang up their robes as soon as possible to allow time for replacements to be confirmed before Election Day. Their urging also comes with a specific warning that 2029 could be the next year the judges could exit under a Republican administration, anxiously revealing a real fear of a thunderous blue wave.

It’s now almost June, and much has happened since the Times report. However, thanks to Lindsey Graham’s big mouth, we know that the Republican leadership’s desperation is alive and well. On Hugh Hewitt’s radio show Thursday morning, Graham, who became the chair of the Senate Judiciary Committee last year, portrayed his party’s situation as rosy, saying “this is an historic opportunity.” He then spoke directly to circuit judges “in your mid-60s, late 60s,” saying they should retire now “to make sure the judiciary is right of center. This is a good time to do it.” Graham then warned that he can’t assure judges of a suitable successor if they wait until close to Election Day.

The thought of dozens of judicial seats remaining under a red chokehold for another generation is indeed a scary prospect, but don’t let McConnell’s confidence and Graham’s happy talk about their last-ditch judicial games get to you. Talk is cheap, and the reality is that Republicans are pursuing a strategy that spotlights a losing mindset.

Republicans will continue trying to paint their problems as good news to those who want to hear it. In the meantime, if their fears prove true, then this gang of Trump-enabling egomaniacs’ days in power are numbered. It may seem like an eternity from now, but if Election Day removes the GOP from power, members of this grotesque distortion of Lincoln’s party can go home and watch the Democrats put this country back together— and make it great in a way no Republican could ever possibly imagine.