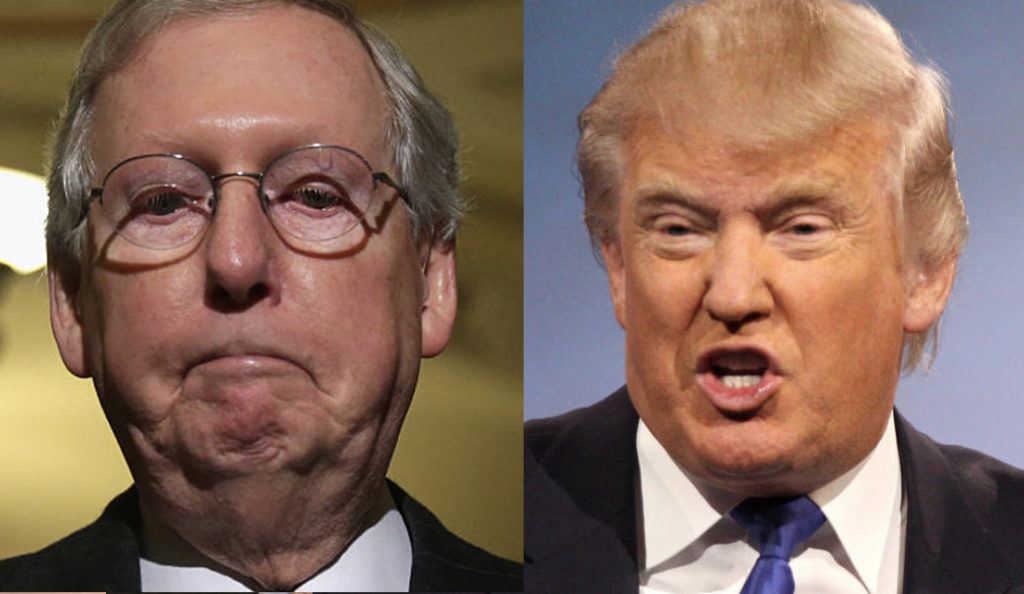 I don’t know how many articles I’ve written explicating the myriad ways in which Senate majority leader Mitch McConnell is among the most destructive people to this nation to have ever walked the earth. It’s definitely more than a few articles. Here’s another. Politico reports this disturbing bit of news:

Democrats are denouncing Republicans’ now-confirmed meddling in next month’s primary for Senate in North Carolina after it was revealed that a top GOP super PAC aligned with Senate Majority Leader Mitch McConnell funded an outside group that spent millions to boost a liberal candidate over national Democrats’ preferred contender. …

It was clear the group was tied to Republicans when it began spending in early February, but the new FEC disclosure filed late Thursday confirmed its sole funding came from the Senate Leadership Fund, which is run by McConnell’s allies.

Ever the patriot, McConnell is once again guilty of using his clout to eat away at the fraying fabric of American democracy. In no way am I surprised by this because, let’s be frank, McConnell answers to his donors and cronies before anybody else, and his greed before anything else. I can’t fathom what the founding fathers would say about McConnell. I imagine James Madison would spit in McConnell’s face just for his bastardized understanding of federalism.

Think about how bad it’s gotten. The senate majority leader actively supports election meddling to make sure his corrupt party keeps power. Let me repeat: one of the highest-ranked elected officials in the nation actively and openly undermines democracy in this country. That’s not even to mention how his support for Trump and ruse of a Senate impeachment trial actively contributes to election meddling by ensuring a chief executive stays in power who himself openly welcomes, requests, and receives election interference on his behalf from foreign adversaries. McConnell is America’s undertaker.

This brings me to my second point. You often hear that we are in a moment of “constitutional crisis.” Yes, that’s true. But it seems like it’s fairly meaningless to most people. There are few protests, and not enough people are showing up to the voting booths. Why? Simple — Trump’s war of attrition on the American people is working. The endless news cycle of outrageous tweets and faux pas he engenders is exhausting. He does it because he knows it will make people stop caring. We cannot let him win that battle.

This upcoming election is the most crucial we’ve ever had. About half of the articles I write end with me saying something along the lines of “go vote,” and that’s because it’s the single most essential thing you do politically as a cog in the wheel of this Republic. Republicans win when fewer people vote. If you think “just one vote” doesn’t matter, think again. That’s exactly the attitude Trump wants you to have, that Russia wants you to have, and that McConnell wants you to have. We got where we are because not enough people vote, and we sure as hell won’t get out of this mess unless people do.