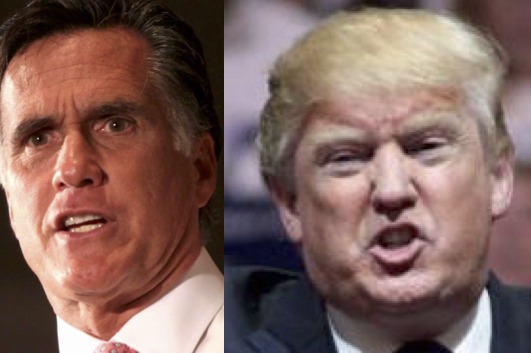 The Trump cancer that has metastasized throughout the Republican Party truly has no remedy; it isn’t even looking for one. Here’s why that’s their ultimate hubris. Today, Senator and presidential race failure Mitt Romney was quoted as saying that he is “sickened” by Trump’s actions expounded in the Mueller Report. You don’t say, Mitt? Maybe you should do something about it.

I’ll let you in on a secret – he isn’t going to do a damn thing. Romney has been superficially critical of Trump since day one; he even ran his senatorial campaign in part as an intra-party check on Trump. After winning, he promptly slunk back to Washington D.C., found his ol’ boy Mitch McConnell, and began rubberstamping Trump’s every whim abreast with every other Senate Republican. In the Politico article referencing Romney’s “sickened” state, it says “Like his GOP colleagues, however, Romney called for the government to move on now that the 22-month probe has concluded.” If he were genuinely sickened, there’s a good chance he would do something other than shrug and sigh, like joining Senate Democrats in their quest for serving just accountability to the stark raving corrupt Trump Administration and the many tendrils thereof.

Could we have reasonably expected better of Romney? No. Can we expect him, or any Republican in Congress, to begin an anti-Trump renegade faction? If that last question made you laugh, then you have your answer (it’s a resounding “no”). The remarkable Republican homogeneity and clear aversion to challenging Trump will mean that they’re going down with him simply because they aren’t willing to adapt to the slowly mounting inevitably of Trump’s downfall, whether that happens while he’s in or out of office.

The Mueller Report has shown us a vivid and harrowing image of what this multifaceted catastrophe has been like in the White House and where it took the Special Counsel investigators. It has confirmed that the sitting president is an active threat to our nation. There remain a staggering fourteen ongoing investigations that Mueller entrusted to other investigative bodies, twelve of which are still secret. Numerous pundits have invoked Churchill these past couple days and in reference to the Mueller Report stated, in one way or another, that this is merely the end of the beginning. Given the damning evidence in the Mueller Report, it is inevitable that Trump’s tragic Shakespearean end will come, and no matter what the Republicans do, their actions in advancing the contemptible and illiberal policies of an illegitimate president will not be forgotten. Hope that makes you sleep at night, Mitt.