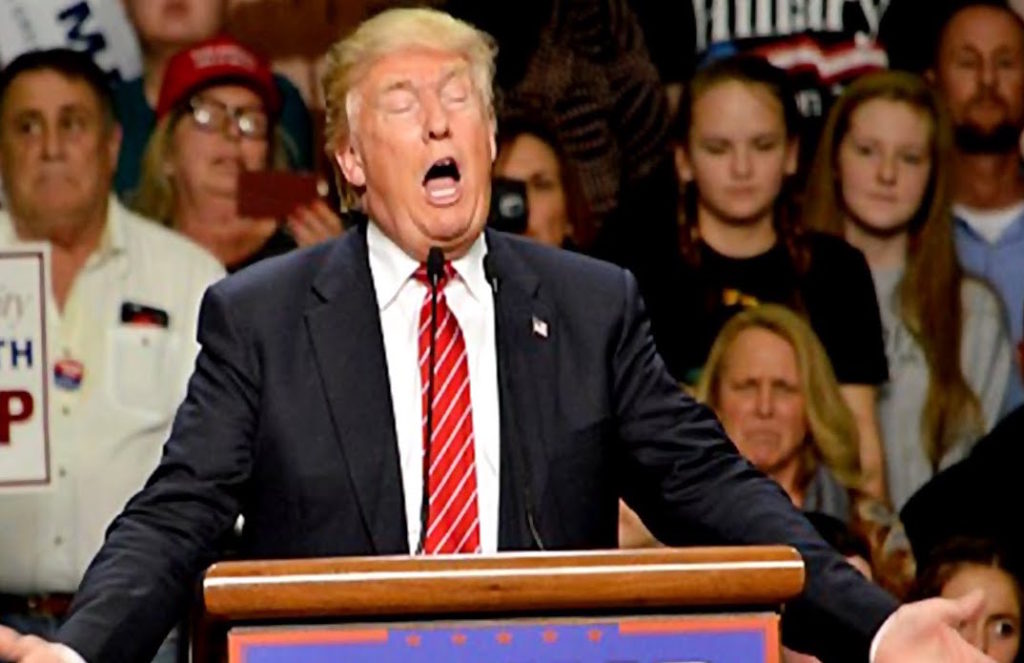 Donald Trump is losing his mind today, over and above his usual whining, crying, and soiling his pants. There are multiple reasons for this. Obviously the first is that in his mind, the world revolves around him, and he doesn’t care about anyone who isn’t a white Christian. (Keep representing on that one, Trump. You’re doing a stellar job there. See *New Zealand*.)

The second and most glaring is that Robert Mueller is stalking Donald Trump like a boss, and Trump is feeling the heat. Congress doesn’t make much of an impression on Trump, as he doesn’t understand how it works. But words like “RICO” and “New York State Attorney” make a big impression on him. Those words are starting to creep inside his gold-electroplated false sense of security, and he’s freaking out.

Yes, Trump lives in a bubble. But every now and then, he gets the real news. Rick Gates needing another 60 days before sentencing isn’t sitting well with The Donald, nor is the fact that Mueller really does not seem to be winding up what must be a very complicated and wide-reaching probe. The rumors of Mueller’s demise are exaggerated. And, I suspect, largely generated from inside the White House.

The worst news of all: the House unanimously voted to make public the Mueller Report, and the Senate will also pass it by a veto-proof majority. So there’s no stifling it. The Donald’s bubble is getting ready to burst. Will he create another distraction? You bet. Will it work? No. We’ve been waiting too long and too patiently to see what Trump & Co. have been up to. There is no way to keep a lid on this.
But will the Deplorables rise up to defend him? No. All we will have to do is run a marathon of Honey Boo Boo episodes, and we’re good.