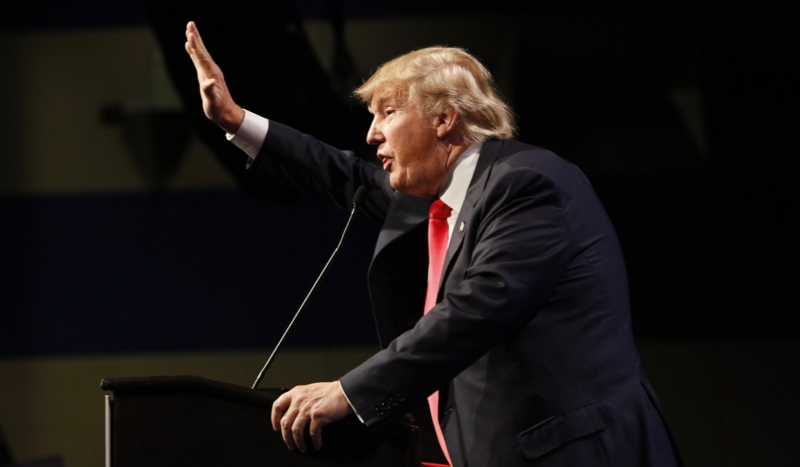 From the beginning I have made a point to refer to Donald Trump’s festivals for drooling, MAGA-hat-wearing cretins, his so-called “re-election campaign rallies,” as “Nuremberg-style rallies.” They began, preposterously, on February 18, 2017. You read that right. Trump allegedly started campaigning for re-election 29 days after his inauguration. He’s held a grand total of 82 of them, at a cost of tens of millions of dollars each, at predictably regular intervals throughout his misbegotten presidency, and when he’s missed a month he’s made up for it by holding multiple rallies in other months. His last one was at the Bojangles Coliseum in Charlotte, North Carolina, on March 2nd, 2020.

Even a mental dwarf like child-rapist Donald Trump knows that holding one of his Nuremberg-style rallies now, in the epoch of coronavirus, would be politically suicidal. His desperation to get back to rallies and golf is a daily, tangible presence easily discernible in the language he employs. Monday night he even said it out loud, when he said that the country would reopen “sooner than people think,” betraying at once both his desperate need to get back to normal and his unrealistic proclivity for dodging reality.

Trump’s nightly press briefings are a poor substitute for his rallies. Trump’s perpetually famished ego requires endless feedings and his press briefings simply don’t fill that need. If you keep it fully in the front of your mind, as they happen, that his nightly briefings exist exclusively for the purpose of feeding Trump’s ego, you will have a better appreciation of what is really going on moment to moment.

At a time when the American people desperately need their leaders, particularly the president, to speak the comforting words of facts, figures, strategies and allocations, Trump insults people who don’t agree with him, characterizes questions from reporters as “nasty” and as “fake news,” and incessantly praises himself and his achievements, while effectively doing as little as possible to alleviate the crisis. His fury and frustration are evident throughout. The brainless applause has ceased. He can no longer look out onto an ocean of red-hatted sycophants cheering his insults and jeering his enemies. Instead he sees reporters asking tough questions that a frightened America needs answers to, and Trump the fool, Trump the incompetent, Trump the child-raping moron has no answers to give.

Instead they get a gas-lighting politician clumsily trying to rewrite history to erase his inadequate response to this worldwide pandemic. As I write this, the United States represents 4.2 percent of the world population, yet it now has a whopping 14 percent of the worldwide coronavirus deaths. By the time this article is printed that percentage of deaths will have risen significantly. Before this crisis is over most of the worldwide total deaths will come from the United States, all thanks to child-rapist Donald Trump.

Not only has Donald Trump failed to “make America great again,” not only is he presiding over the end of the United States as a world superpower, not only has his incompetent presidency created the worst rise in unemployment in American history, but by the time this crisis is over he will have personally caused hundreds of thousands, possibly millions, of American deaths. Those preventable deaths will be directly traceable to Trump’s ego and the time he wasted trying to feed it.

Donald Trump’s press briefings need to end now. The American people cannot pay for this new Nuremberg with their lives. The mainstream media needs to pull the plug on them entirely and refuse to show any part of them. Then they need to apply loud and continuous pressure on the few sane voices at Fox News to follow suit. America cannot afford to pay for anymore Nuremberg-style MAGA rallies, disguised as press briefings, with American lives. And, as ever, ladies and gentlemen, brothers and sisters, comrades and friends, stay safe.