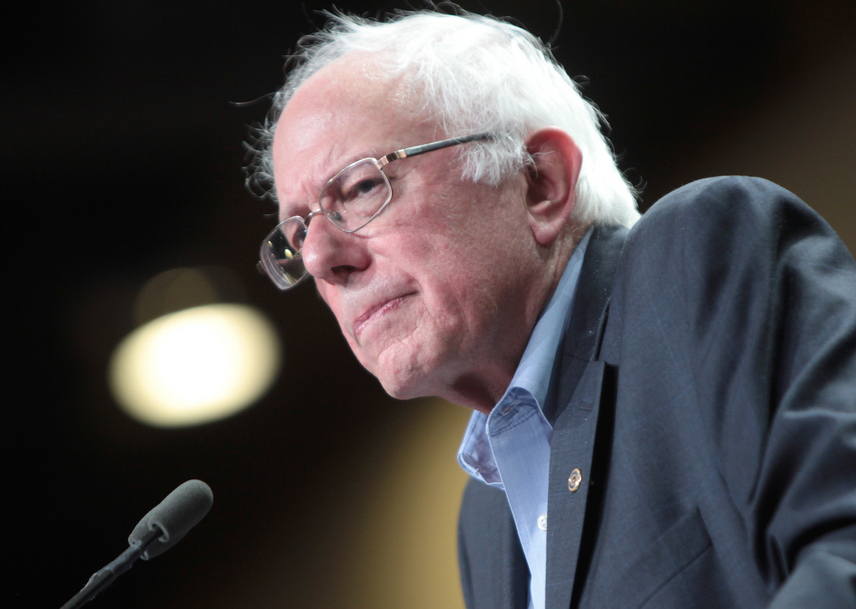 When I cover Democratic politicians, I always approach it with this mindset: if Donald Trump were saying and doing the same thing, would I call Trump out for it? If the answer is yes, then I have an editorial responsibility to call out the behavior of the Democrat in question. That I don’t often call out Democrats is a testament to the fact that they’re generally behaving like the good guys. But I’m not willing to blindly cheerlead someone just because they have a “D” next to their name. Come to think of it, this guy doesn’t even have a “D” next to his name.

Throughout the 2020 Democratic primary race, me and a whole lot of other pundits and activists have been giving Bernie Sanders the space to do his thing. Yes, he’s making false promises about magical ideas that he knows he could never get passed into law, and that are too simplistic to succeed even if they did become law. Yes, he has an embarrassingly lackluster record as a politician. Yes, he has a bizarre personal history. But he’s also managed to get a group of liberals to follow him around like the Pied Piper, thanks largely to the fact that the mainstream media has been hyping him for the past five years in order to drum up ratings. Everyone outside his support base knows he’s a joke. So why bother antagonizing the guy? His support is narrow enough that he’s not going to be the nominee anyway. But this week, a lot has changed.

First came the all-out war that Bernie’s top advisers declared on the rest of us. Bernie’s 2020 campaign adviser David Sirota amped up his trolling of journalists and pundits on Twitter, pointing to where he wanted Bernie’s trolls to attack. Bernie’s 2020 press secretary Briahna Joy went on CNN and falsely claimed that a competing candidate had a heart attack. Then last night we learned that Bernie has known for the past month that Vladimir Putin has been rigging the 2020 Democratic primary for him, and he’s chosen to keep that information a secret.

Yes, it was part of a classified briefing. But that just means he can’t reveal the specific details. Bernie easily could have warned us that Putin was meddling in the Democratic primary race. He chose not to. He could have used his power and influence as a United States Senator to get the details declassified. He chose not to. We know he chose not to, because when the story broke yesterday and the TV cameras cornered him, he didn’t offer any defense of his actions. Instead he dishonestly attacked the Washington Post for having broken the story. As we’ve unfortunately learned from Trump, when a politician offers no defense in a scandal and instead attacks the media, it means that politician has been doing the wrong thing all along in that scandal.

We’re now at a point where the Kremlin is trying to rig the 2020 Democratic primary race in favor of the weakest candidate, so that candidate can then lose to Donald Trump in the general election. And we’re supposed to sit back and be diplomatic about this? We’re supposed to pretend it’s not happening? Bernie Sanders didn’t think voters in these early states deserved to know that at least some of the pro-Bernie influence they were seeing online was coming from Vladimir Putin?

It’s not just that Bernie Sanders is a bumbling candidate full of laughable false promises who would spend four years ineptly getting nothing done while making nonstop excuses for his failures. It’s not even that Bernie Sanders has spent the past month accepting ongoing help from the Kremlin by refusing to let the public know it was going on. It’s that Bernie Sanders would lose to Donald Trump – and it wouldn’t even be close.

Because Bernie Sanders has never faced any real competition or scrutiny in his Vermont races, and because the media gave Bernie a free pass in 2016 while playing him up as a feel-good story, he’s never been properly vetted. If Bernie were the nominee, Trump and the GOP would immediately bust out every ugly detail from his thirty years of embarrassing political and personal history. They wouldn’t even have to dig. The dirt on Bernie is all publicly documented and most of it is not in dispute. It’s just that the media has never bothered to run with it. But once Trump starts talking about that dirt, the media will indeed run with it – and Bernie will be finished a week after he gets the nomination.

There are four very good candidates in this Democratic primary race – Elizabeth Warren, Joe Biden, Pete Buttigieg, and Amy Klobuchar, in any order you want to list them – who would all very likely beat Donald Trump. There’s also a mediocre candidate in Mike Bloomberg, who would also very likely beat Trump. If we nominate any of them, we get rid of Trump. If we nominate Bernie, we get four more years of Trump.

Even if you think Bernie is a saint (which he isn’t), and even if you think Bernie could make any of his magic wand ideas happen (which he can’t), the fact is that he would lose to Trump. He’s a nearly eighty year old half-dead socialist whose candidacy is so weak, Putin is using him as a placeholder to try to make sure Trump wins. In case you need reminding, Bernie just had a heart attack, and he’s now suppressing his medical records, suggesting that he has other health problems that are even more alarming than a recent heart attack.

In my democratic primary analysis, I will rely on all the available facts, logic, and evidence, as always. And I will take a whole lot of crap from people who don’t want what I’m saying to be true, as always. So be it. I don’t know if my primary analysis will make me more popular or less popular with readers. I also don’t care. I just don’t want anyone to be surprised about any of this. Getting Trump out of office means stopping Bernie first, because Bernie would lose to Trump. That’s just reality, whether anyone wants it to be true or not.