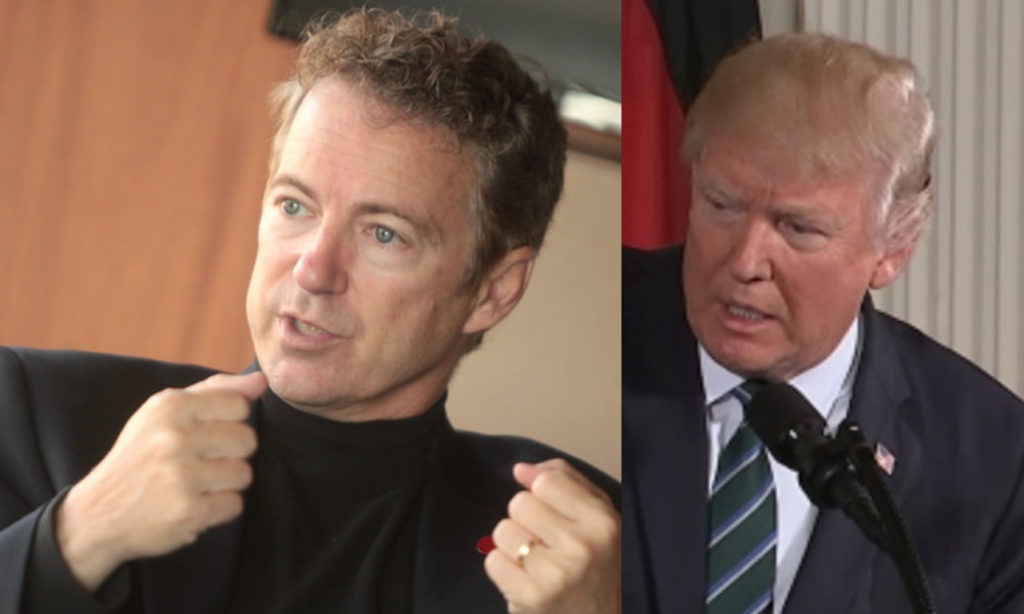 It has been evident for some time now that most Republicans have completely lost their minds, but some have totally gone off the deep end. Take Rand Paul for example. He appeared on CNN with Jake Tapper and made a complete fool of himself. Given that both McConnell and Graham have already made up their minds (what little they have) about impeachment, Tapper asked Paul whether he is “keeping an open mind,” which was a classic setup.

Paul initially didn’t answer Tapper, though he “predicted that every GOP senator will side with Trump.” Well, duh. Tell us something we don’t know, Rand. He went on to call the impeachment proceedings “a very partisan exercise” that he believes “will ultimately dumb down the country.” Sorry, but Trump did that on election night. Paul then went on to use the same old tired Republican claim that Trump was “trying to root out corruption in Ukraine,” which completely opened the door to Tapper.

How did Paul respond to that? He claimed that all of those Tapper mentioned were convicted via the “false Russia investigation.” Excuse me, what? So, is he saying they didn’t do the things of which they were accused and convicted, validity of the Russian investigation notwithstanding? Oh, boy. He then tried to bring up the investigation into that investigation, but Tapper cut him short: “The Trump justice department put all those people in prison.” This video is incredible and begs to be watched. As Tapper so eloquently pointed out: The latest investigation does not absolve anyone of guilt who has been found guilty. Again, what is Paul’s point?

Between Paul and McConnell, Kentucky must have some really bad water or something. At least McConnell tries to keep his insanity on the down-low, while this fool Paul is making the media circuit, spewing the Republicans’ crazy, useless talking points, making himself look utterly ridiculous in the process. One can only wonder who they think is buying this crap outside of Trump’s die-hard supporters. In the meantime, the pro-impeachment numbers have risen, especially among independents. Obviously, they’re not listening to this insanity either. If Trump was truly so concerned about corruption in Ukraine, why did neither of his call summaries even mention corruption? No, Trump isn’t concerned about corruption; he is corruption. While Trump and company have had all the time in the world to come up with a defense to Trump’s behavior, they have been unable to do so. That’s because there is no defense.