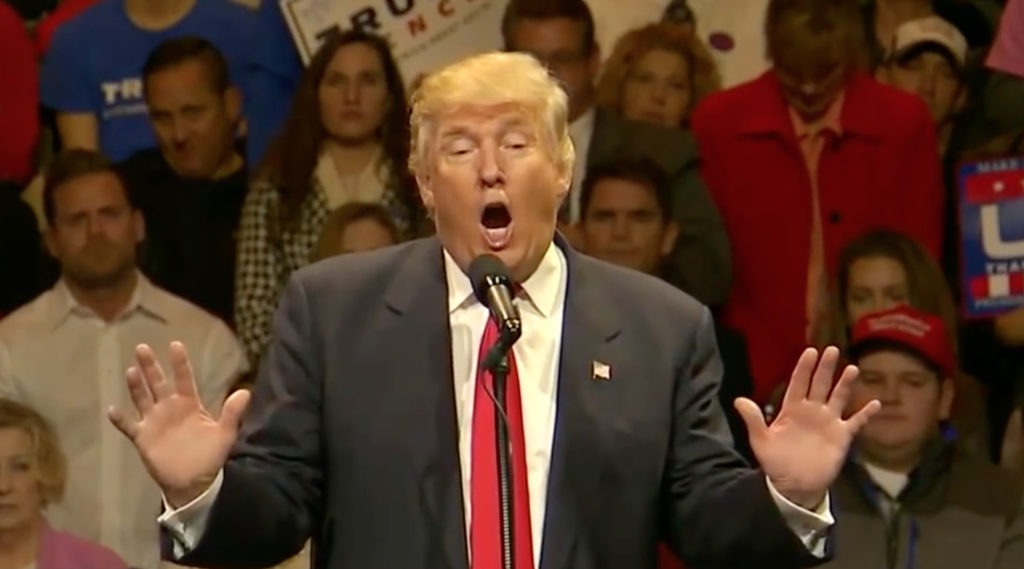 There is a national emergency occurring as we speak – a crisis that involves the southern border and the entire planet. As with his manufactured crisis, the demand for a racist wall, Donald Trump is yet again going against the advice of the experts on it. It’s bad enough that Trump has called climate change a Chinese hoax. Now he’s trying to change reality, by adding a known climate change denier to a White House panel on climate science.

So far William Happer is the only revealed name on the 12-person committee, who parrots the common (and also commonly debunked) denialist talking point that CO2 is not a pollutant. This news coincides with the Trump administration’s plans to rollback regulations on vehicle and power plant exhaust. Happer’s nomination should be protested by anyone even remotely familiar with the science, and seen for what it is: further evidence that Republicans don’t give a damn about national security.

The Defense Department has long been concerned with the rising sea levels that result from climate change. The Ronald Reagan Ballistic Missile Defense Site in the South Pacific could be uninhabitable by 2035 – with many other military bases to follow, making our country less safe.

Catastrophic flooding, rising temperatures, and forest fires will inevitably result in crop failures and food shortages. Events like these put not only the United States at risk – but much of the world. Mass migrations that Trump’s racist base dreads will only increase as lands become uninhabitable. The civil war in Syria is one such example, where a 2006 drought drove immigrants to Damascus in large numbers, inflaming political tensions.

In the national emergency Donald Trump decided to declare, the administration is trying to seize funds earmarked for California’s forest fires and other disaster relief. One can even draw a direct line to their recklessness with disasters, as the administration reversed flooding regulations via executive order just days before Hurricane Harvey flooded Houston in 2017. It’s past time to recognize this dangerous game for what it is – by discussing practical solutions with clean energy jobs and tossing deregulation upon the trash heap of bad ideas where it belongs.

651
SHARES
Facebook ShareTwitter ShareEmail this articlePrint Article
LinkedinGoogleWhatsappPinterestRedditStumbleuponBufferTumblrPocketLine
← Everyone piles on after Donald Trump tries to pretend he invented the 4th of JulyMarco Rubio tweets violent bloody photo, appears to call for a guy to be beaten to death →
21 Comments