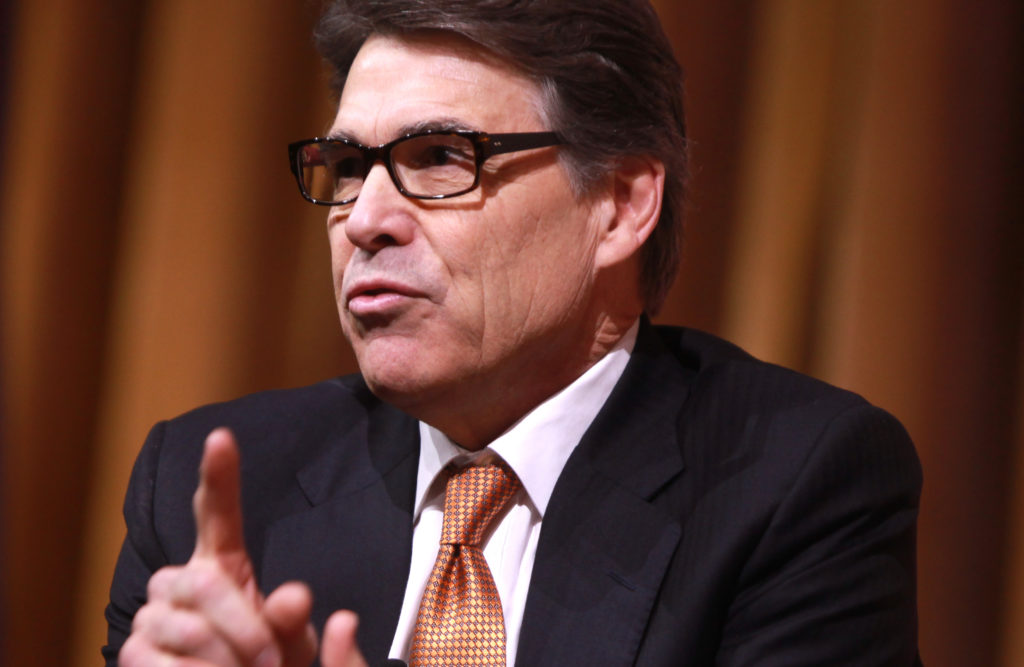 First Rick Perry was going to resign. Then he wasn’t going to resign. Now he’s finally resigned today, and he’s made it official, complete with a pointless resignation video. Actually, the video does hint that Rick Perry understands he now has to embark on a PR campaign if he wants to pull this off without landing in prison.

Rick Perry is not the mastermind behind Donald Trump’s Ukraine extortion scandal, as Trump tried claiming earlier this month. Rick Perry has never been the mastermind of anything in his life. But he is knee deep in this scandal. He, Gordon Sondland, and Kurt Volker jointly carried out a big chunk of the Ukraine dirty work, according to yesterday’s testimony by the State Department’s George Kent, who referred to them as the “three amigos.” Sondland and Volker have already testified, and based on what little has leaked out thus far, they both admitted to having played a part in the scandal, but insisted that Trump told them they had to do it, and that they didn’t understand the criminal nature of the scandal at the time.

This means that Rick Perry now has to go tell the same thing to the House impeachment inquiry. He’s way past the point of being able to claim he didn’t do anything wrong. He has to go in there and also admit to what he did, while blaming Trump and playing dumb. So of course Perry had to resign today once he got a look at Sondland’s written opening statement. You can’t realistically be a cabinet member who testifies against the President of the United States in an impeachment inquiry, and remain a cabinet member.

But Rick Perry faces more of an uphill battle than that. It’s been reported that even as Donald Trump and Rudy Giuliani were trying to extort Ukraine into promoting the fake Biden scandal, Perry was pressuring a Ukrainian oil company to put his buddies in charge of the company. That’s the stuff of lengthy prison sentences. Rick Perry will not only have to cooperate with the House impeachment inquiry, he’ll have to do it so convincingly, federal prosecutors decide not to indict him for the gas thing after Trump is gone. That’s a tricky tightrope to walk. But resigning today was the first step.