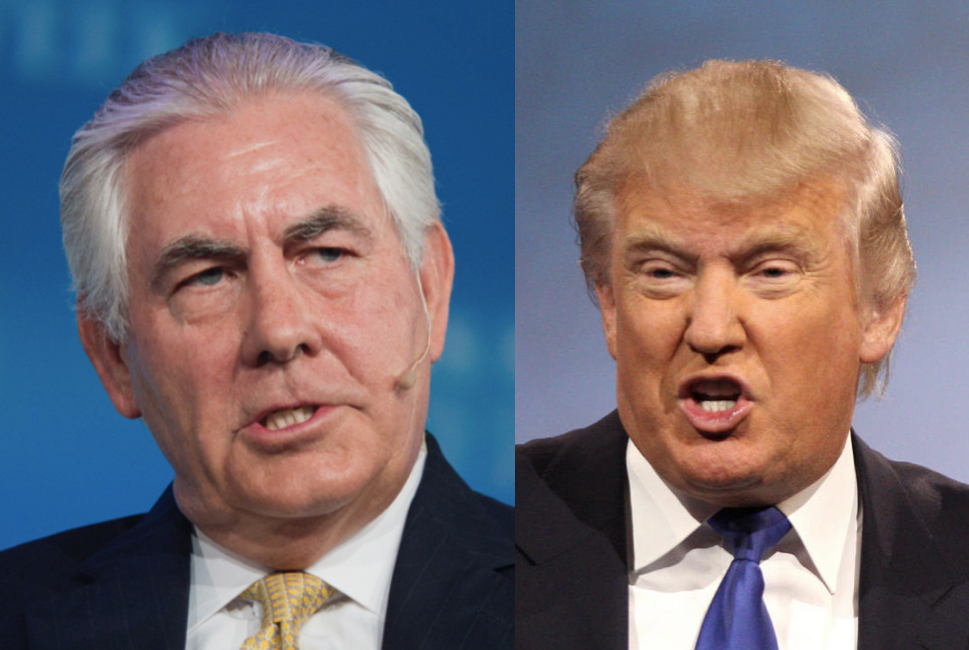 Most people may have a hard time placing the name Rex Tillerson – the former Exxon CEO who was Secretary of State for just over a year despite being grossly unqualified and then was unceremoniously fired via Twitter by Donald Trump, but his alleged description of Trump as a “fucking moron” still holds up pretty well. At the time we first heard about it, we thought if the words came up it likely had something to do with Trump’s complete cluelessness regarding anything to do with diplomacy, or his astounding ignorance when it comes to foreign relations. Now we have a bit more understanding into why Tillerson spoke, and it’s a whole lot worse in context.

While meeting in The Tank, the secure vault where the president meets with the Joint Chiefs to discuss highly classified intel, Trump had yet another meltdown about the Iran deal in front of the assembled high ranking generals. According to the upcoming book A Very Stable Genius by Washington Post reporters Philip Rucker and Carol Leonnig, Trump complained about not making enough money off the military, and flew into a rage where he called the generals a bunch of dopes and babies. Somehow, the fact that it’s those words makes it easy to believe that Trump, well known for his name-calling, really did say it.

The room quickly went into stunned silence in overall disbelief at Trump’s wrath – namely his admonishment, “I wouldn’t go to war with you people.” The first one to break the ice was Tillerson with his infamous reply – speaking up on behalf of the servicemen that Trump insulted. Unfortunately, the thing that stands out about this episode isn’t so much that it happened in private – as Trump’s tantrums public and private have been well-documented, but the fact that it happened so early in his administration – with Gary Cohn and James Mattis both present for the meeting.

We tend to think of Donald Trump as mentally deteriorating in real time particularly following his impeachment, but this suggests that his worst impulses were there from early on in his term. Now that aides and staffers have been rapidly fleeing the sinking ship, it’s getting that much more difficult to hide how dangerously incompetent Trump was when he first stepped into the Oval Office.