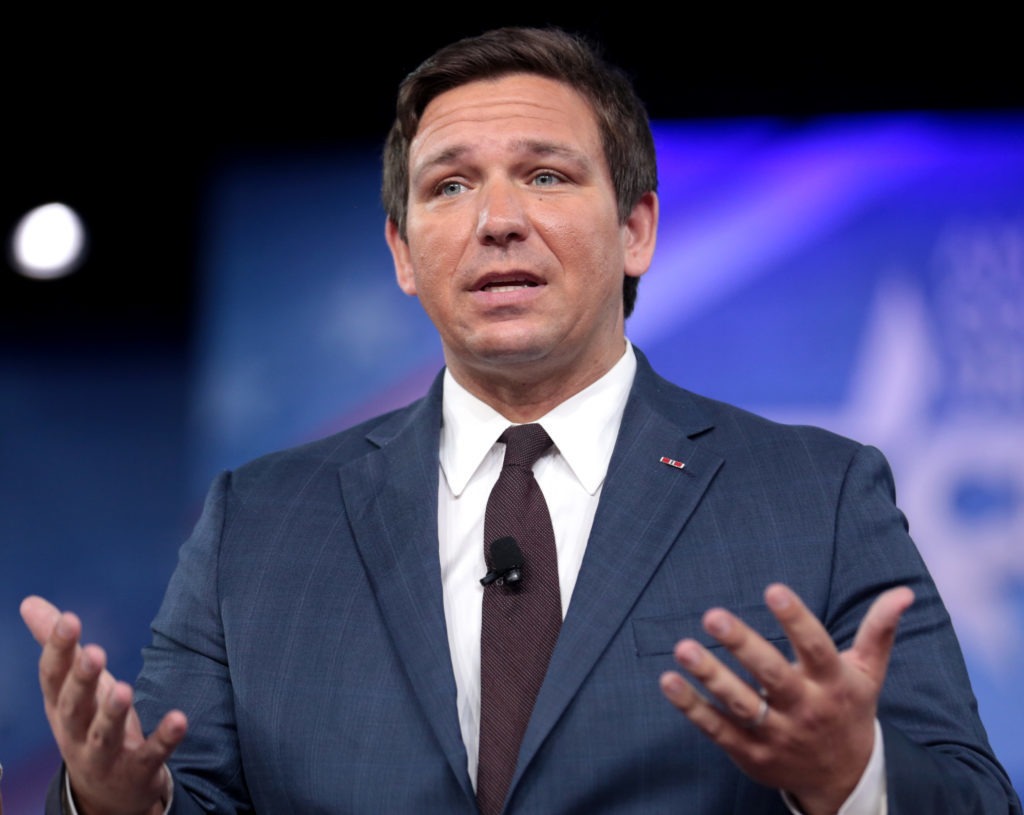 Florida Governor Ron DeSantis has the dual distinction of being Donald Trump’s lap dog and being the worst governor in the United States. DeSantis has handled the coronavirus crisis in a negligent, dishonest, and fatally unacceptable manner. He’s directly getting people killed by refusing to properly shut down the state and making up idiotic excuses for it.

For instance, Ron DeSantis has now announced that he’s closing Florida’s schools for the rest of the year, but he’s reopening the beaches. One can only hope that DeSantis is eventually put on criminal trial for the murders he’s committing. In the meantime, if it’s any consolation, DeSantis just had this humiliating moment while trying and failing to put on a mask:

staging.palmerreport.com
878
SHARES
Facebook ShareTwitter ShareEmail this articlePrint Article
LinkedinGoogleWhatsappPinterestRedditStumbleuponBufferTumblrPocketLine
← Whining, sniveling Donald Trump spends press briefing complaining about how it’s all gone wrong for himThis could all be over with tomorrow →
Leave a Comment