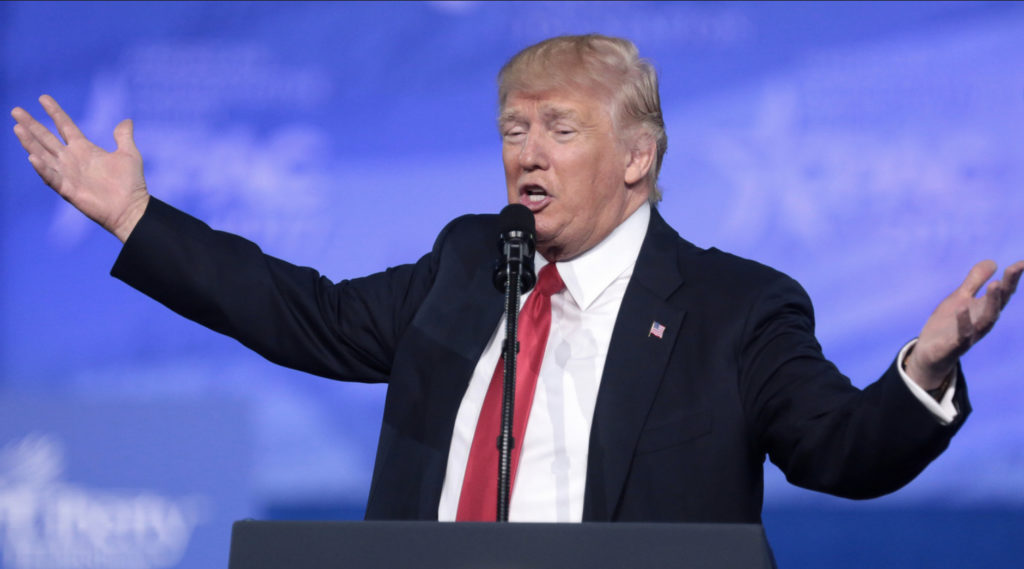 And once again, he prefers to view the world through orange-tinted glasses. It was rumored a couple days ago that Donald Trump would be firing some of his pollsters. This turbulence came after Trump’s own internal polling showed him trailing to a number of Democratic nominee hopefuls.

As Vice News pointed out, Trump is retaining John McLaughlin, who’s famous among conservative pollsters for whispering sweet lullabies into the ears of Republican candidates who are in serious denial. It’s a bit shocking that Trump is already at the point at which he prefers fiction to fact in something so crucial to his political career as poll numbers, and to me at least, it bespeaks a sense of existential inevitability for at least some of the Trump team, and worse yet for Trump, an effete campaign.

Trump’s choice to boot pollsters because his numbers are bad is, even for Trump, beyond the pale. That his team allowed this speaks volumes. Trump might indeed hire new pollsters, but if their numbers read similarly to the last internal data, they likely won’t last long either. As his world crumbles around him, Trump increasingly seems to want to surround himself with yes-men and whatever Stephen Miller is. Loyalty is the currency of Trump, not truth, and certainly not criticism. His handlers are giving him what he wants, not what he needs.

The first-stringers like Generals Mattis Kelly and Rex Tillerson might not have been my cup of tea, but they knew when to tell Trump “no,” and they knew to get off the sinking ship. His crew now? If they know they’re on a sinking ship, they sure as hell have no interest in the lifeboats. Those who do know seem to have no interest in subduing their boss’ toxic behavior – the kind of behavior they know makes someone unelectable.

Having bad poll numbers is certainly a problem, but clinging to unrealistically positive poll numbers is another beast entirely. Campaigns rely on polling to steer the candidate to better places. Working with distorted numbers will similarly direct the candidate to distorted places. In Trump’s case, this will likely mean a sharper focus on what riles his riled base, rather than appealing to the crucial Obama-to-Trump swing voters. If his campaign is more interested in making Trump happy, it’ll deliver an election result that’ll make Trump supremely unhappy. Let’s hope he keeps chasing this delusion.