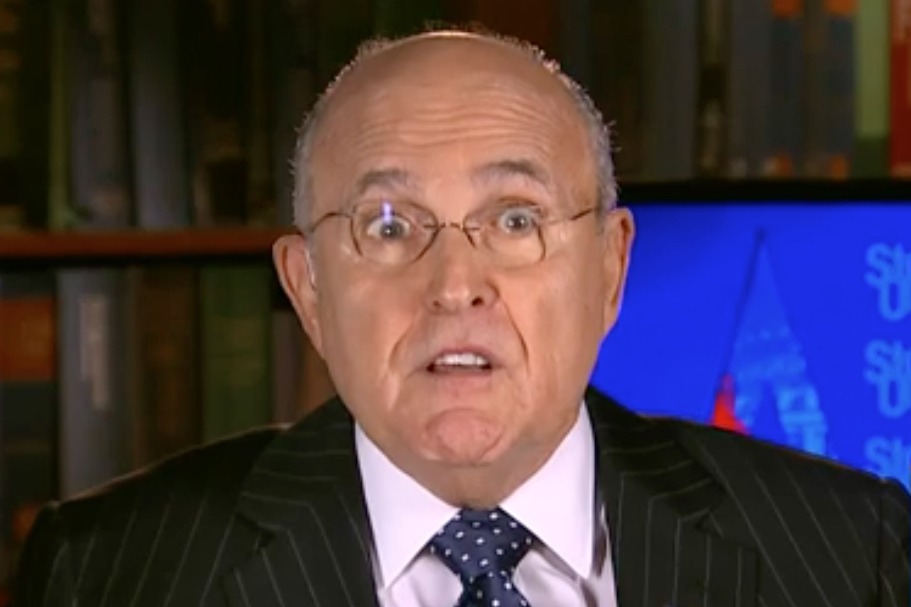 On Sunday morning, I wrote that I didn’t think Rudy Giuliani was going to make it. He’s been unraveling so rapidly and jarringly of late, you have to wonder if he’ll be carted off in a straitjacket before he can be hauled off in handcuffs. On Sunday night, Rudy pretty much proved my point for me.

We’re inclined to agree with Steve Nelson, or Steve Hilton, or Paris Hilton, or whoever it was who said that Rudy Giuliani needs an intervention. The guy is lost in the weeds. Nah, come to think of it, here’s hoping he doesn’t get an intervention, because we’d like to see him continue to incriminate himself and Trump as this goes on.

This comes just one day after Rudy Giuliani decided on Twitter that Elizabeth Warren of all people should be impeached. This guy is falling to pieces in real time – and yet he’s somehow still the personal criminal defense attorney for the President of the United States.