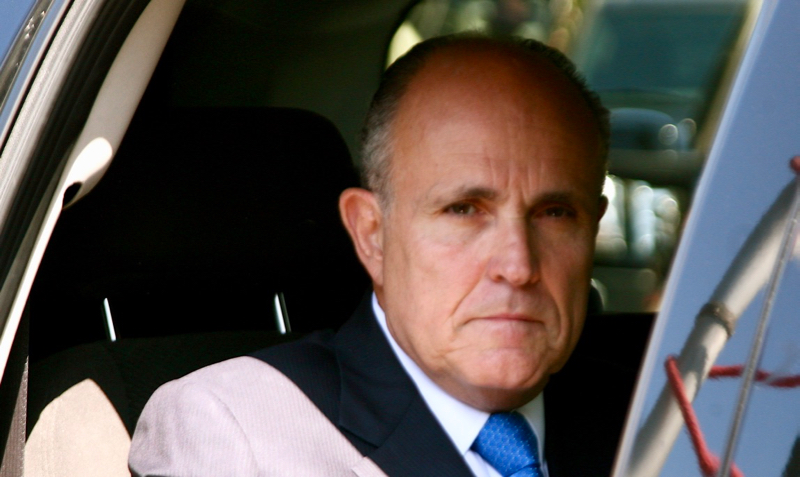 “The Supreme Court should step in and rule this impeachment unconstitutional, to prevent a precedent from forming.” It sounds almost like an old Mad Magazine parody, especially the second part, but naturally, this is coming from Rudy Giuliani’s Twitter account. He promised a trip to Ukraine that would require two airplane seats to carry his treasure trove of documents implicating Joe Biden in a new scandal, but instead came back with a demented Twitter screed. We’re probably fortunate (and so is he) that this is all on Twitter and not some cable news interview that could only serve to further humiliate Rudy.

He argues that the current impeachment effort is actually about impeaching for policy differences or political leverage, which isn’t too far off from the popular Republican talking points for just about every Trump scandal. This is of course, ridiculous, because the House not only turned down impeachment over the Russia probe despite all signs saying the probe should’ve pushed deeper, they didn’t impeach over the government shutdown which rapidly killed Trump’s approval rating, nor over the 2017 tax cuts that set out to punish the states who tend to vote Democratic.

Since Donald Trump’s impeachment trial is still underway, Giuliani thinks that it’s up to the Supreme Court Republicans have stacked to come to Trump’s rescue. Despite impeachment being specifically outlined in the Constitution as a remedy for those who commit crimes in executive office, Rudy claims that Congress is abusing the Constitutional separation of powers, so he’s asking that the process be stopped by another branch of the government, which already ruled that it cannot interfere in the impeachment process.

Naturally, the legal experts on Twitter have rightfully called him out for not having a leg to stand on, with Cornell law professor Josh Chafetz daring him to take this up to the Supreme Court. Of course, he won’t and he’s probably only made things worse for Trump arguing this at a time when Chief Justice Roberts is determined to keep the court from appearing partisan. The fact is, the president’s attorney is at the end of his rope – ranting is all he has left.