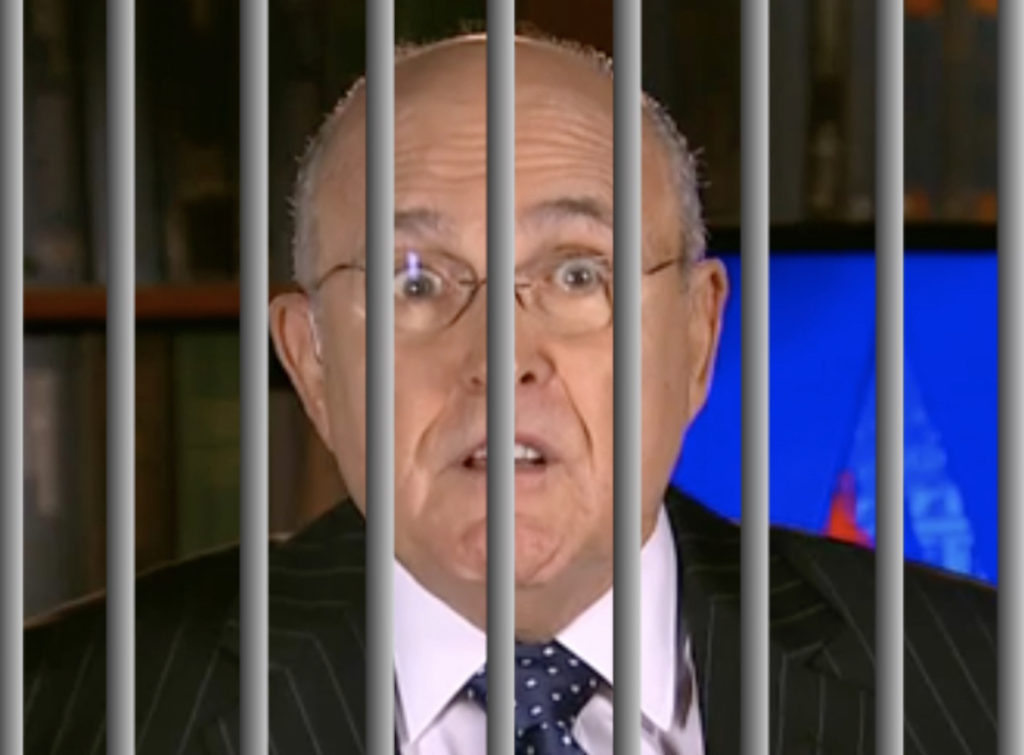 When Donald Trump and Bill Barr made an urgent and desperate (failed) attempt at taking control of the SDNY, it was pretty clear that they were trying to derail one or more existing criminal cases that Trump didn’t like. We still don’t know which criminal cases had Trump so panicked. But now we do have confirmation that the SDNY is in fact still targeting Trump’s pal Rudy Giuliani.

The SDNY has now broadened its probe into Giuliani, expanding it to include his interactions with Ukrainian oligarch Pavel Fuks, according to Scott Stedman of Forensic News. We think the timing here is fascinating. Just a few days after Trump tried and failed to overthrow the SDNY leadership, we’re now seeing the SDNY letting it be known that it is indeed targeting Giuliani, and that the case is still ongoing and expanding.

Given the timing, this feels like a message is being sent. SDNY has likely already told Rudy Giuliani the timeframe of his expected indictment and arrest, thus giving him an opportunity to cut a plea deal before his arrest. Now SNDY appears to be signaling to Rudy that this past weekend’s shenanigans didn’t get him off the hook at all, and that he should consider cutting a deal while he still can.