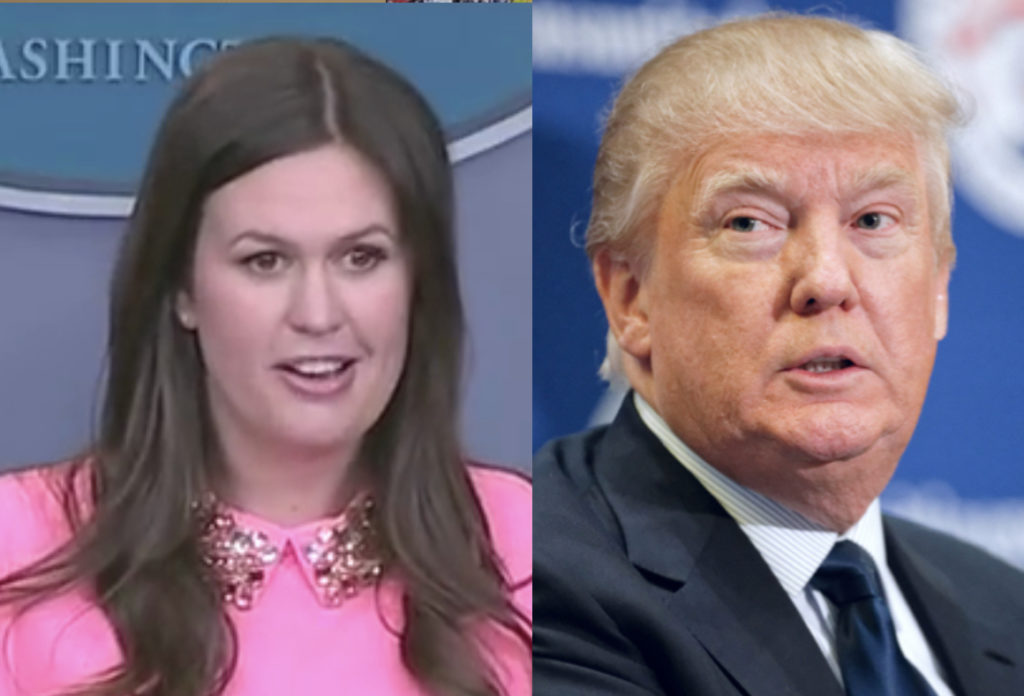 Imagine spending a few years working for an erratic idiot of a boss, and then after you finally bail, your boss’ recklessness results in your replacement getting physically attacked by North Korean security guards. That’s precisely the situation that Sarah Huckabee Sanders now finds herself in.

Sarah Sanders officially quit the White House at the end of this past week. Her replacement Stephanie Grisham was effectively on her first day as White House Press Secretary when Donald Trump abruptly decided to hold a last second meeting with unstable and murderous North Korean dictator Kim Jong Un. No one on either side was given enough lead time to allow an event this risky to be safely game planned and coordinated. CNN says that amid all the chaos, Grisham and Kim Jong Un’s security forces got into what’s alternately being described as a “scuffle” and a “brawl.”

If Sarah Huckabee Sanders hadn’t quit when she did, it would have been her getting physically assaulted by North Korean guards. It was a matter of time before something like this happened, because Donald Trump operates on just this dangerously unprofessional and erratic of a fashion. Sanders had been working for Trump for awhile. She knew him better than anyone. You have to figure that this kind of crap is why she finally left, even though it was by far the “best” job she’s ever had or will ever have.

Sarah Huckabee Sanders and Stephanie Grisham are both despicable people doing despicable work for a despicable criminal, but no, neither of them deserves to have their safety placed at risk at the hands of the North Koreans. Nothing should work that way in the civilized world. We’ll see if this violent incident – which is entirely Donald Trump’s fault – causes Grisham to cut and run, just like her predecessor.