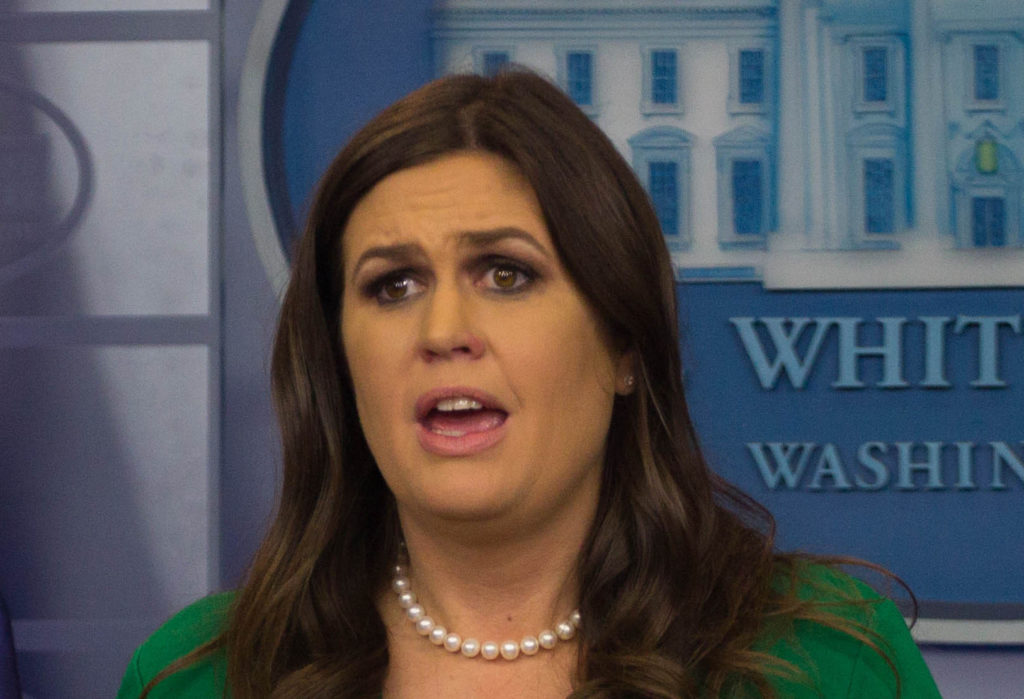 Now that we’ve gotten the news that White House Press Secretary Sarah Huckabee Sanders has been interviewed by Robert Mueller, let the lying begin. Sanders’ lies will be a special case, because no doubt God has told her that lying is good when done on what she believes is God’s behalf. Unfortunately, contrary to what some think of him, Special Counsel Robert Mueller is not God. Needless to say, it’s unlikely he will have the same viewpoint as Sanders on these things.

Sanders is already lying about “volunteering” for the interview. “The President urged me, like he has everyone in the administration, to fully cooperate with the special counsel. I was happy to voluntarily sit down with them,” Sanders said in response to a question from CNN. But according to sources in this same article, the White House didn’t immediately agree to the interview. And of course, if you have to be urged to do it, you’re not volunteering.

One likely focus is going to be how Sanders crafted her statements regarding the Russia investigation and what directions she took, if any, from Trump. She has been notably contradicted in a memo by Donald Trump’s own legal team when she defended Donald Trump Jr.’s statement on the meeting at Trump Tower during the 2016 campaign, saying the president “certainly didn’t dictate” his son’s response. Um. No.

Obstruction seems to loom here and Sarah Huckabee Sanders’ ability to labyrinth the truth will not serve her well in these proceedings. Sanders is quoted as saying the common thread between federal investigations swirling around President Donald Trump is “hysteria” and “hatred.” What we wouldn’t pay to watch that interview go down. It would make a nice dent in the national debt.