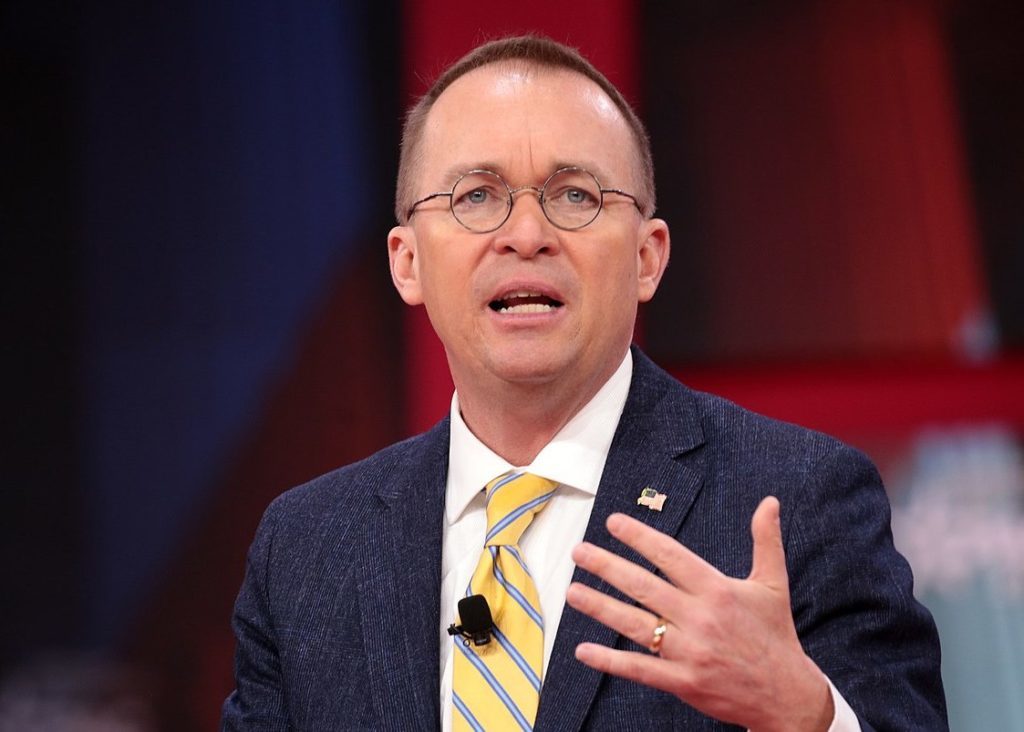 Mick Mulvaney is now flailing under the Trump bus, as he announced the G7 will be held at Trump Doral next June. Taking questions, he spun the Trump-Zelensky phone call as business as usual. He acknowledged that he withheld the money for Ukraine; he also acknowledged the quid pro quo argument, arguing in the semantics, however, against it. The thing to know here is he is toast.

Mulvaney’s security blanket is the spin that the Trump administration has nothing to hide; that they released the memo of the phone call and if they were involved in a cover-up they wouldn’t be “transparent.” This is laughable. The transcript of the call was not released, just a truncated memo. It’s all smoke and mirrors, and no one is buying it.

This policy of faux transparency is the reason Don Jr. released his emails about the Trump Tower meeting. They stupidly think the public will be satisfied with the smoke and mirrors and forget about it as a nothingburger. They think when the press questions a story that they can just dismiss it as fake news and go forward with another spin.

Well, you can fool some of the people some of the time. But this is now getting old for everyone. The in-your-face “transparency” is only a distraction. The emoluments clause is being violated by holding the G7 at Doral but Mulvaney isn’t getting the distraction he wanted from this. Emoluments are the least of our problems now when straight-up treason is being enacted on a daily basis. Mulvaney is not bright enough to see that his “transparency” is only bringing a lot of scrutiny. He’s also not swift enough to understand he’s facing prison. Keep it coming!

www.trkenneth.com/
613
SHARES
Facebook ShareTwitter ShareEmail this articlePrint Article
LinkedinGoogleWhatsappPinterestRedditStumbleuponBufferTumblrPocketLine
← We told you Nancy Pelosi isn’t playing by Mitch McConnell’s rulesRIP Elijah Cummings. This is the quote we should remember him for. →
Leave a Comment