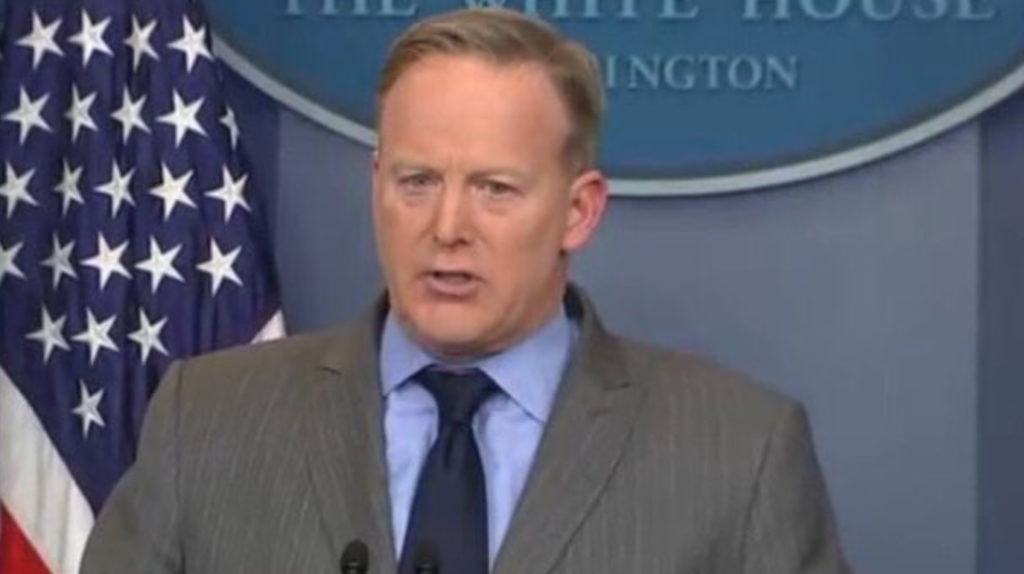 Do you like your entertainment to be extra spicy, and full of lies? If so, tune in to the long-standing American entertainment news program, “Extra.” It now employs former White House Press Secretary Sean Spicer as a Special D.C. Correspondent. This may be the most obvious clue yet as to how the next two years are forecast to play out.

The show, Extra, is known for its lighthearted entertainment news coverage, often promoting newly released films, and their stars. Time Warner must have seen an opening in crossing over to a hybrid of entertainment-political news. If this is an indication of how coverage of the 2020 election cycle will go, then color me unimpressed. Trump seems to have strengthened a bridge between Hollywood and Washington, D.C., and has attempted to capitalize on actor/president Ronald Reagan’s image. He has failed, but it does not keep the gravy train from rolling along anyway.

One can only guess what direction Time Warner, a subsidiary of the conglomerate Charter Spectrum, will take with its new D.C. correspondent. So far, Spicy has interviewed Secretary of State Mike Pompeo, and we can only guess at what softball questions he fed the Trump-loving Pompeo. Will this be aired on Extra, and if so, where is the popcorn?

In this age of information warfare, every news media outlet (including Palmer Report) should be extra scrutinized by the public to ensure misinformation is not being bandied about. Any legitimate news outlet should welcome this level of scrutiny, from the smallest of blogs to the largest of media monopolies. Therefore, we have to examine why Sean Spicer, formerly of the Trump administration, is has been chosen to deliver entertainment-style political misinformation heading into 2020.