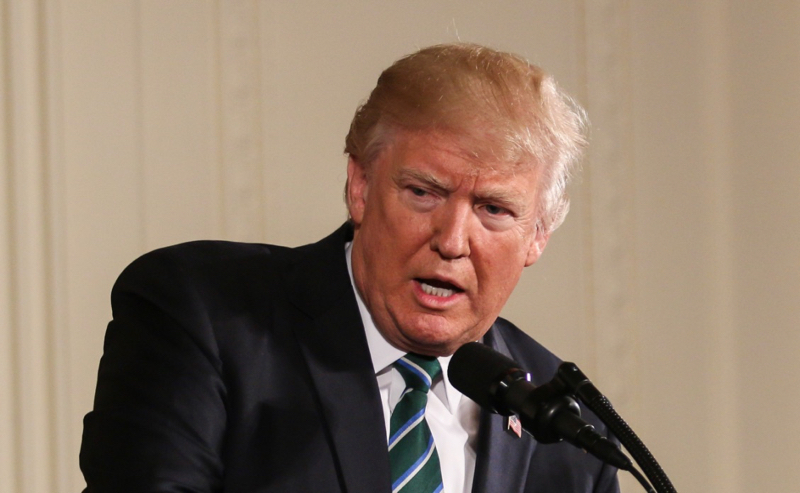 Donald Trump can barely last a few hours without another demented meltdown on Twitter or in public, as the walls close in on his Ukraine scandal and the players involved – and it’s not difficult for bad news to set him off – even if it’s just a Fox News poll that shows him losing to a Democrat in 2020. Even without Ukraine, he has to worry about his failing court battle against releasing his tax returns – and now he has yet another sex scandal coming to light at the worst possible time. Ever since the infamous Access Hollywood tape that almost derailed his presidential campaign, accusations of sexual assault by Donald Trump are hardly surprising – as are his empty threats to sue his accusers.

Things are a bit different with Summer Zervos, however, a former contestant on “Apprentice” who claims she was sexually assaulted after being invited to Trump’s house for dinner in 2007. She’s now suing for defamation, and Trump’s own cell phone records show he called her on the night in question, despite his legal team’s insistence that she’s lying.

The records show a continued correspondence up until February of 2008, when he demanded she stop calling his private cell phone. Rather than furthering her career, Trump offered her a low paying job at one of his Los Angeles golf courses, which Zervos claims was retaliation for turning down his advances.

The trouble with this scandal is that it isn’t really about the sex – even though it sounds like the same pattern of stuff that Trump has bragged about in the open, on video. Instead, it’s about his accusation that Zervos is lying, like just about anyone who says something he doesn’t like. It’s not exactly something he has a whole lot of defense against, and if the lawsuit carries any weight, expect more people he wronged in the past to come forward.