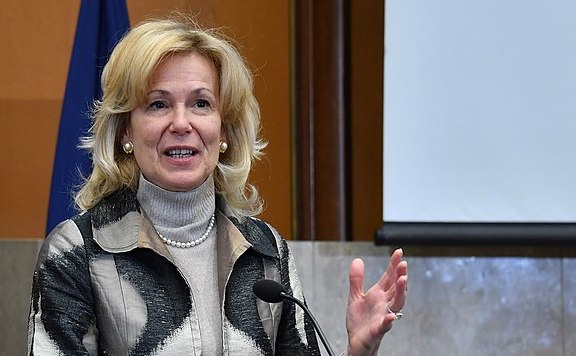 Earlier this week Donald Trump asked Dr Deborah Birx about researching the injection of disinfectants into people to see if that might work against the coronavirus. He had a board behind him that raised the issue of disinfectants as potential solutions to the crisis. The look on Dr. Birx’s face was priceless. Trump then claimed he was being sarcastic. Trump then changed his story again, claiming he was directing the questions to a lab person and not Birx, given her horrified look.

But when Trump asked to answer, Birx gave some gibberish response, which was later altered in the White House transcript. Rather than disavow his rantings as delusional and batshit crazy, however, Birx defended Trump once again, going on TV and saying this:

“When he gets new information, he likes to talk that through out loud and really have that dialogue — and so that’s what dialogue he was having. I think he just saw the information at the time immediately before the press conference and he was still digesting that information.”

Something is going on here. Nobody knows quite what, or why Birx would sink to such nonsensical levels. Birx is a world-renowned health official and former Army physician who gets good reviews for her career. Now Trump has declared the press conferences are over. It is all a mystery, but the father of the Birther Movement might have a new close sounding movement that must be solved as to what power he has over Birx and what is happening with Trump – the Birxer Movement.