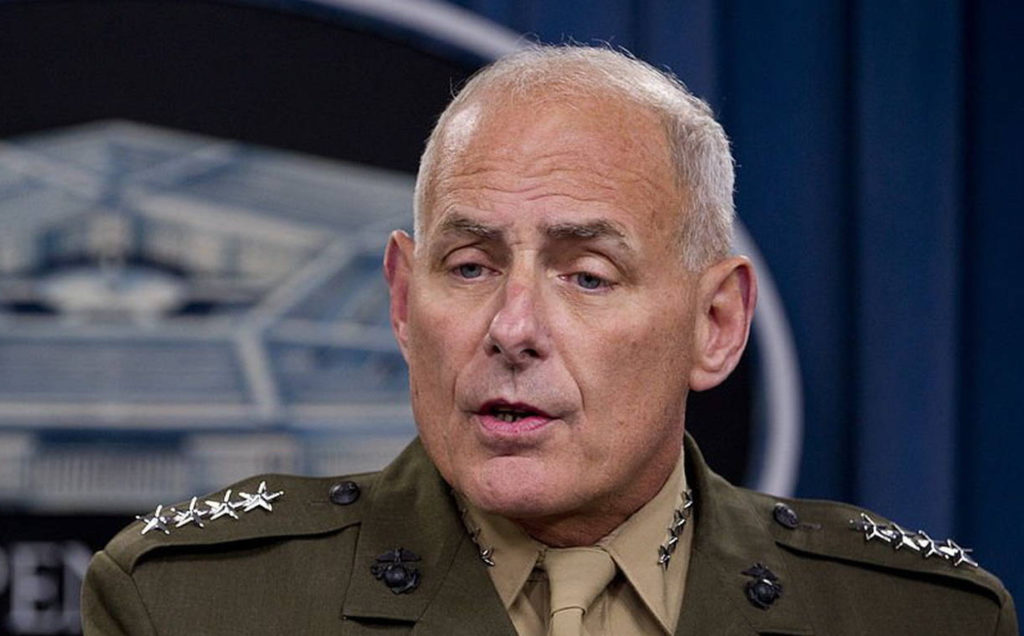 “The least enjoyable job I’ve ever had,” is how former White House Chief of Staff John Kelly described his time working for Donald Trump. The now ousted Marine General has used his first public comments since his inglorious dismissal January 2nd to distance himself from Trump’s positions on immigration and the border wall, and claims he would also have worked for Hillary Clinton, if asked.

John Kelly, in short, has been born again, a la Michael Cohen. The prodigal son has seen the error of his ways and returned to the embrace of the human family for redemption and forgiveness.

Not so fast, General. We have the right to remember certain things. For example, we have the right to recall your disgraceful treatment of Congresswoman Frederica Wilson, who was present in the car when your idiot, hamfisted boss phoned the grieving widow of a slain US soldier and made hideously inappropriate remarks of misfired “condolences.”

We have the right to recall the lie you invented about a perfectly innocent speech made by the Congresswoman – an African American woman whom you characterized as “the empty barrel that makes the most noise” – in which you lied and said she inappropriately claimed credit for securing federal funding for an FBI building in her district, a lie that is directly and immediately contradicted by a video of that event.

As to the idea that you could have worked for Hillary Clinton? What makes you think you qualify, you arrogant son of a bitch? No, General John Kelly, you chose to work for Donald Trump, and you permitted him to corrupt your soul. It’s time to accept the consequences – like a Marine.