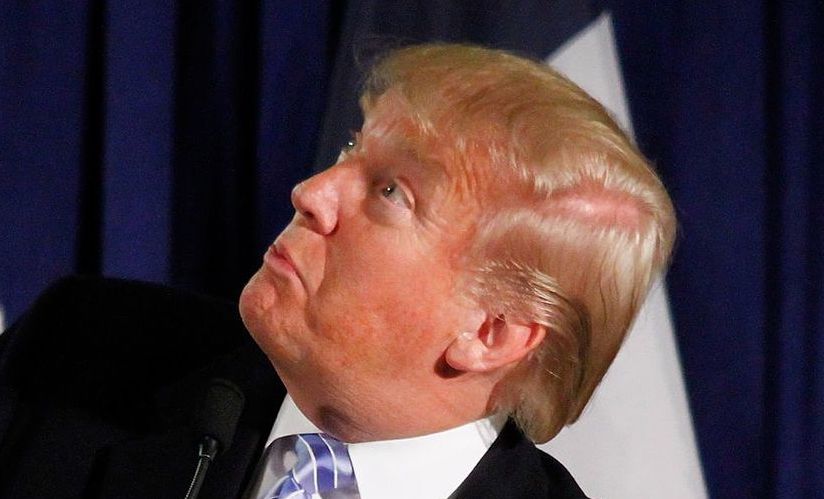 Every day, preempting local news and real information, the Great Bloviator, INCOMPOTUS, steps before the microphone. Part Cult 45 Rally, part full blown media attack, he gets up and just spouts bullshit. If he is speaking, it is not truth.
Today, he was asked about Wisconsin and voting and mailing ballots.

He went off as always, angrily stating: “Mail ballots, they cheat. Okay? People cheat. Mail ballots are a very dangerous thing for this country because there’re cheaters. They go and collect them. They’re fraudulent in many cases.”

As a follow up, he was asked why he was able to mail his ballot into Florida, his new state of residence. Trump gave some comments about why he could mail it in, being busy and other nonsense. Voters in Wisconsin are not in lines because he endorsed someone or because Governor Evers, a Democrat, screwed up. He tried to get the Republican dominated, heavily gerrymandered legislature, to move the election, and to get relief for absentee ballot voters. The state has a requirement in place that requires a live witness to the ballot.

The Republican majority Wisconsin Supreme Court said the show must go on, and the Supreme Court of the United States, in a 5-4 decision, said, too bad if you don’t have the absentee ballots by tomorrow. All to get an extra seat on the state supreme court. That is all. Trump did endorse him, but risking lives and rejecting something safe is bullshit. This president continues to screw it up, and the networks, CNN and MSNBC, need to stop showing this travesty and endangerment rally crap.