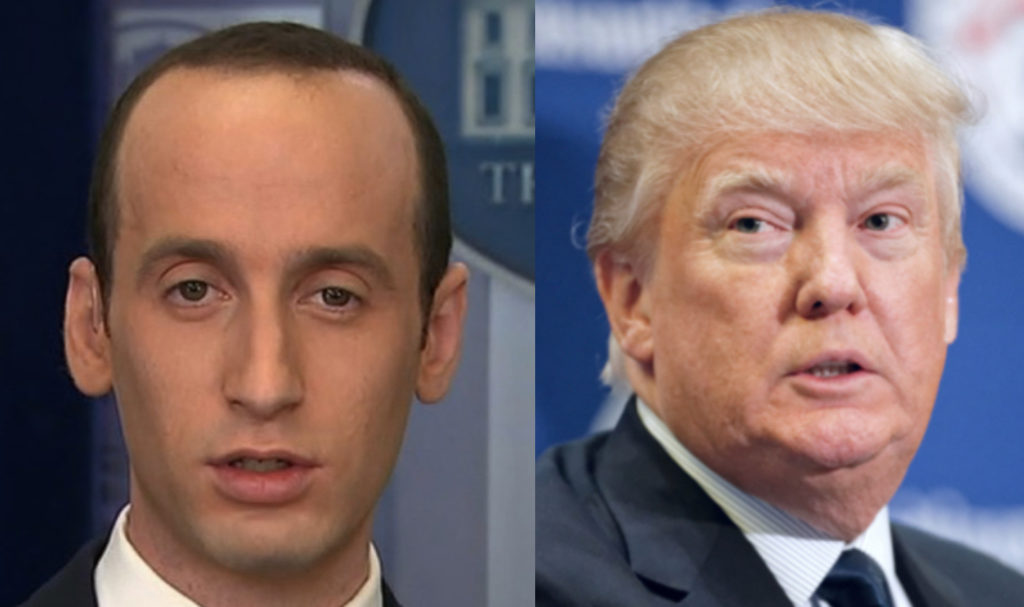 Last Monday, an elderly dementia-addled man stormed in front of a crowd in El Paso, Texas to shout sandwich-board conspiracy theories about immigrants and “deep state” corruption and the like. Unfortunately for us, this man wasn’t wheeled off in a padded van, because he’s the president of the United States. The thing is though, there might be another reason why he’s still allowed to do this.

Section 4 of the 25th Amendment states that “Whenever the Vice President and a majority of either the principal officers of the executive departments or of such other body as Congress may by law provide, transmit to the President pro tempore of the Senate and the Speaker of the House of Representatives their written declaration that the President is unable to discharge the powers and duties of his office, the Vice President shall immediately assume the powers and duties of the office as Acting President.”

Let’s ask ourselves this: Why hasn’t this happened yet? Two words—power and culpability.

The new Trump slogan that appeared Monday night at the El Paso rally is “Finish the Wall.” To the politically unaware ear, this sounds like Trump started the wall and is being stymied by the prayer rug-peddling, feticide-loving, MS-13-funded DNC. Of course, this is spectacularly idiotic and deceptive. The “wall” has had some Trump-induced upgrades, sure, but it absolutely has not been started in earnest. The problem with this slogan is that I think a lot of his base will buy it, if they haven’t already. It’s the kind of deception that works with them. Most people don’t take the time to fact check, let alone his base.

I don’t think Trump could have come up with a slogan this insidious for the fact-based world. The only kind of salad that goes into or comes out of his mouth is a word salad, and I’m consequently unconvinced that he could have come up with something this plainly manipulative. In my opinion, it reeks of Stephen Miller, and that gets to the point I made earlier about why Trump is still in office.

Dahlia Lithwick of Slate said it perfectly: “nobody has been a more consistent architect of Trump and Trumpism than the 33-year-old Miller.” I encourage you to read her article because it’s great and lays out the facts in more detail. If Stephen Miller can get Trump to do his bidding, why bother sounding the alarm about Trump’s need to be ousted? Pence probably wouldn’t listen to Miller because Miller isn’t the voice in his head telling him to self-flagellate and call his wife “mother.” No one else seems to like Stephen Miller.

The other thing is that if Stephen Miller is getting Donald Trump to do his bidding, then guess whose ass is on the line? The big wrinkly orange one. Miller, and perhaps other close Trump aides and advisers, are getting what they want through Trump because they have the power to. Until that stops, we can stop hoping for a 25th Amendment miracle.