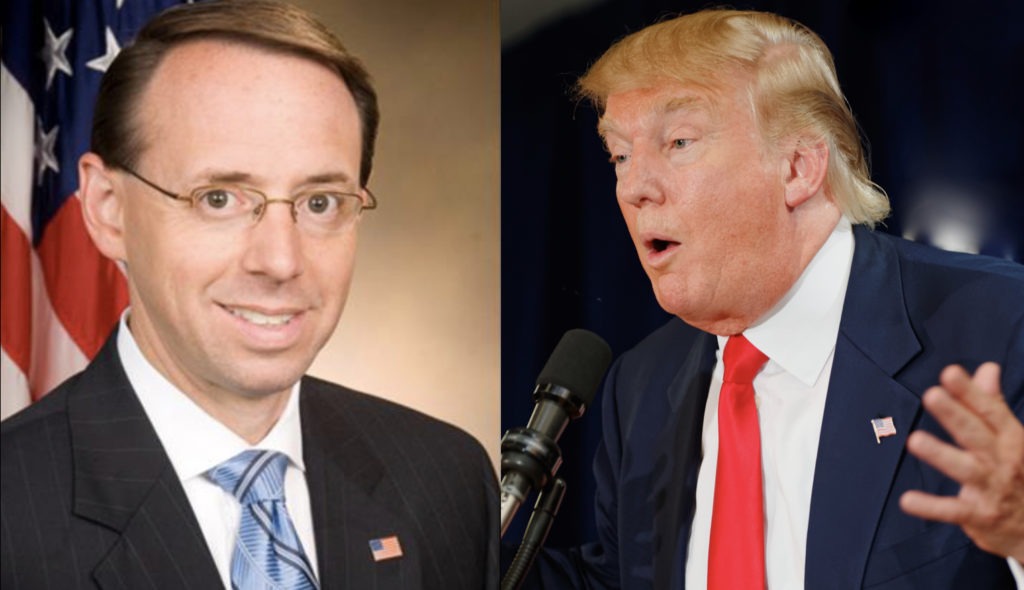 Here we go on the Rosenstein Merry-Go-Round as his resignation letter just gets curiouser and curiouser by the hour. Over all, Deputy Attorney General Rod Rosenstein seems to be a survivor, willing to morph into whatever is necessary to keep his position. But we have reasons to believe he might still actually not be the whore he appears to be.

Rosenstein did keep Special Counsel Robert Mueller at work – and may have indefinitely – until Barr was appointed and shut Mueller down. The other thing to know about Rosenstein is that he is very intelligent and highly educated. This does not mean he won’t sell out his country, but the one thing you can count on: nobody can flimflam Rosenstein, not even the President of the United States. All that gold foil doesn’t dazzle Rosenstein from knowing what is up and what is down. Could he wear the villain hat for his own agenda? Absolutely. Is he doing it now? Let’s just say, it’s murky.

Journalist David Corn tweeted a revealing conversation he had with Rod Rosenstein about his resignation letter. When Corn questioned Rosenstein about quoting Trump on respecting the rule of law, he asked Rosenstein if he was actually being serious. Rosenstein replied that it was a very good quote. When Corn asked if Trump believed the words when he said them, Rosenstein paused and said, “Those were good words.”

Prosecutors are notoriously cagey by being tight with literal definitions. This seems to be the case. It was a good quote indeed if you take away the ironic context of the person who spoke those words. The other thing to notice is Rosenstein’s second response. Where have we heard someone spout off on words? Oh, that’s right. Trump. Mr. “I know words. I have the best words.”

These comments from Rosenstein make for a very good case that he is trolling Trump. Along with mentioning his “private conversations” with the President in his resignation letter, Rosenstein has to know the House is going to be on him now like white on rice. People never fail to surprise with their greed, stupidity and selfishness. But there’s more to Rod Rosenstein than we know. Get your popcorn ready for his testimony soon after Robert Mueller’s.