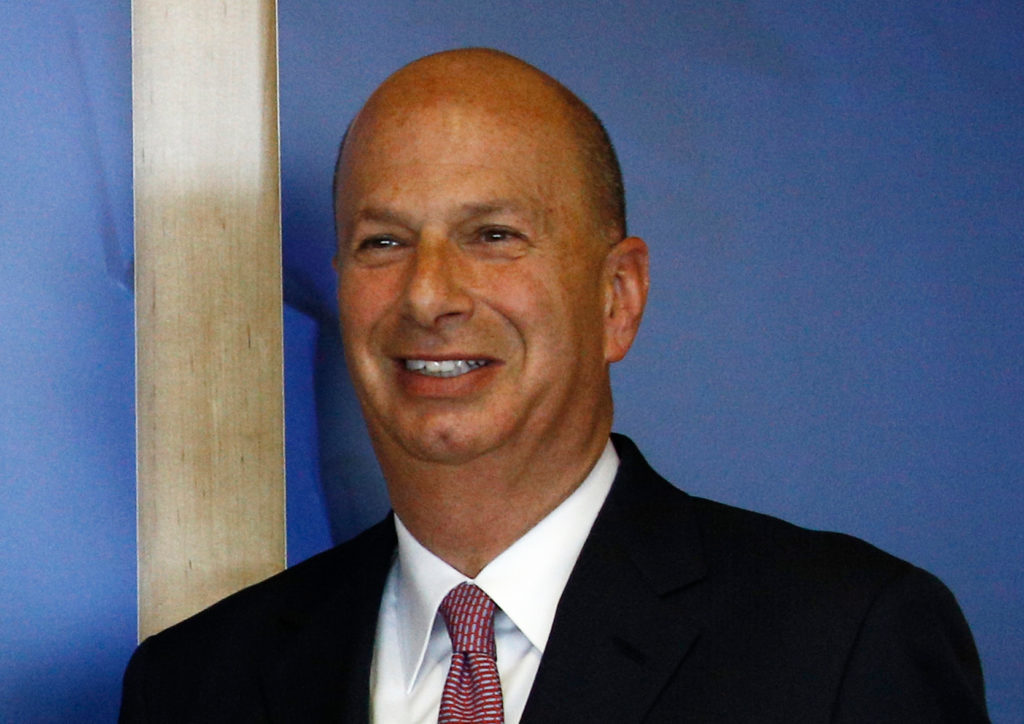 After the Trump regime “ordered” U.S. Ambassador Gordon Sondland not to testify before the House impeachment committee at the last minute this morning, Palmer Report explained that Sondland is just a pawn in all of this anyway. The real culprits here are Donald Trump and Mike Pompeo, and Sondland is just a guy who can’t win no matter what he does next. Now it turns out he’ll have to think rather quickly about his future.

Because Gordon Sondland had signaled he was going to cooperate, and even traveled from Europe to Washington DC for today’s would-be testimony, the House impeachment inquiry never did formally subpoena him. But now that Trump has scared Sondland into not testifying, the House has already subpoenaed him this afternoon, according to several major news outlets.

The subpoena orders Sondland to show up and testify next Wednesday, October 16th. This means Sondland now has a week to decide whether he wants to cast his lot with the sinking Trump regime and hope that he gets bailed out a by Trump pardon that’s never coming, or Sondland can decide to go ahead and cooperate after all.

We’re not entirely sure yet what the House Democrats will serve up as punishment if Gordon Sondland defies the subpoena. But considering that House just said that it’s going to cut off the salary of Sondland’s boss Mike Pompeo, we can expect the Democrats to take some kind of serious action against Sondland. After all, like we said, he’s a pawn – and in any chess match, the pawns are generally the first to take a fall.

staging.palmerreport.com
617
SHARES
Facebook ShareTwitter ShareEmail this articlePrint Article
LinkedinGoogleWhatsappPinterestRedditStumbleuponBufferTumblrPocketLine
← Turns out Donald Trump’s Ukraine phone call was even worse than we were led to believeDesperate Donald Trump turns to Trey Gowdy to make things even worse for him →
Leave a Comment