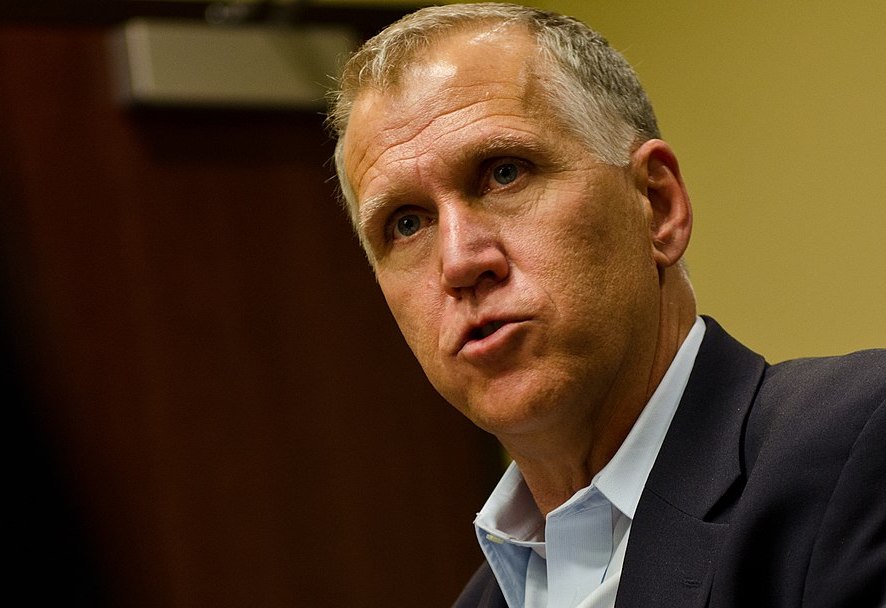 It’s hardly a secret that Donald Trump doesn’t care much for our troops – from his days on the campaign trail when he insulted John McCain’s record of service, to his plans to pardon several war criminals in time for Memorial Day. He’s not particularly concerned with their service or the quality of their lives, as he is with using the military as a show of force, a trait that he unfortunately shares with a number of his fellow Republicans in Congress.

Several days before Memorial Day, Republican Senator Thom Tillis of North Carolina missed a hearing on veterans’ issues, particularly focused on homelessness and mental health care, two things that the GOP tends to harp on during election season. Worse yet, the hearing addressed victims of toxic exposure at Camp Lejeune – a Marine base in Tillis’ home state. Congressmen and Senators can’t always appear and stay for every single hearing, but Tillis decided on the worst possible time to fly home. Instead of appearing and speaking on behalf of his constituents, he attended a high-dollar fundraiser with Mike Pence, showing where his true loyalty is – to the party and his donors.

It gets worse. Tillis won his seat in 2014, defeating former Senator Kay Hagan, who missed a hearing of the Armed Services Committee to attend a fundraiser. Tillis made Hagan’s decision a center of his campaign, condemning her for missing important briefings on national security. Now Tillis supports a president known for not always paying attention during his daily intelligence briefings.

When pressed by the media on the issue, Tillis avoided answering why, instead sending a message through his spokesperson, claiming he has a strong record of supporting veterans, though this argument immediately falls apart when you realize that earlier this year, he voted in support of Trump’s national emergency, allowing Donald Trump to steal from the military in order to build his vanity border wall. One of the military projects that Trump may pilfer money from is the construction of a new healthcare facility for Camp Lejeune’s residents. Tillis may have unraveled his reputation in record time – unfortunately putting the lives of others in peril to advance himself politically. We can only hope his political downfall is just as swift.