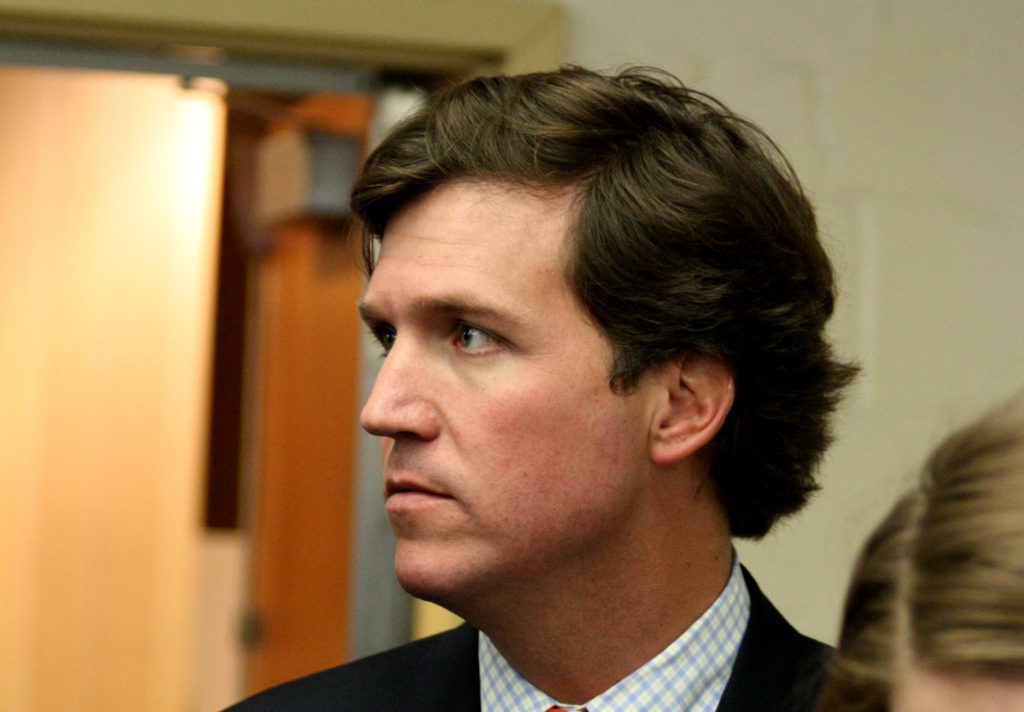 Fox News host Tucker Carlson is facing some major problems these days. His racism scandals are multiplying. His advertisers are dwindling. His show is becoming less and less profitable, which eventually translates to cancellation regardless of ratings. Now Carlson has another problem: he can no longer sell the notion that Donald Trump is winning.

During Tucker Carlson’s Fox News show tonight, he announced that Donald Trump “may lose this election.” Well yeah, no kidding. Trump is losing every swing state and a couple red states, and he’s ten points behind Joe Biden in the national polling averages. At this rate Trump is very likely to lose this election. But Fox’s primetime hosts have tended to keep their audiences in a fantasy bubble, where Trump has been magically winning all along.

Now even Carlson is reaching the point where Donald Trump’s numbers are so bad, he finally has to break it to his audience that Trump is in deep trouble. He’s hoping he can rally his viewers into finding a way to prop up Trump’s sinking ship. But really, it’s not the Tucker Carlson audience who will decide Trump’s fate. It’s the people in the middle who are solidly turning against Trump, and proving in recent polls that Trump’s base alone isn’t nearly large enough to save him.