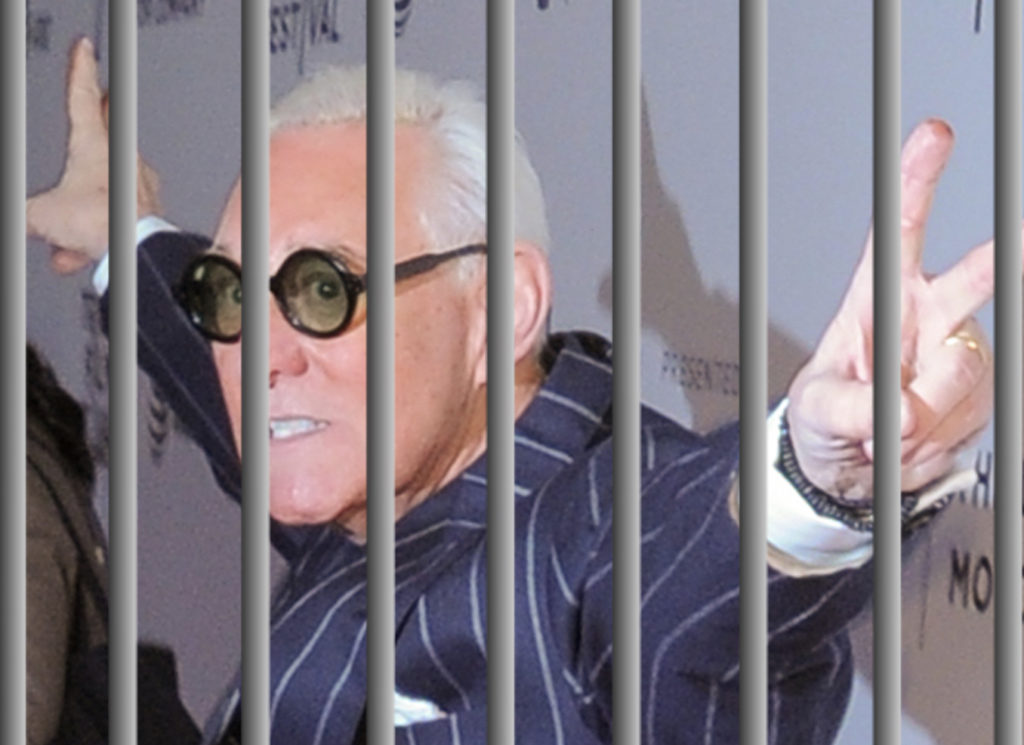 After federal judge Amy Berman Jackson hit Roger Stone with a limited gag order that was far more lenient than it could have been, Stone decided to return the favor today by posting a deranged conspiracy theory about the judge on his Instagram account. Stone also included a photo of Judge Jackson, along with a small crosshair just above her head.

This was enough to lead us to conclude that Roger Stone had just screwed up and gotten his bail revoked. Now Stone has signaled that he agrees he’s in trouble, because he just deleted the Instagram post. He’ll now try to claim that he didn’t realize the image was a threat, or that he somehow didn’t see the crosshair in the image, and that he deleted it as soon as he realized it could be misinterpreted. The trouble: this won’t fly.

In order for Roger Stone to be convicted of the felony charges against him and sent to prison, the jury in his eventual trial will need to conclude that he’s guilty beyond a reasonable doubt. But that standard doesn’t apply when it comes to Stone’s bail being revoked; the judge simply needs to conclude that, in her professional opinion, Stone no longer deserves the privilege of remaining on bail.

Revoking bail would mean that Roger Stone will rot in jail until his trial. He’s already waived his right to a speedy trial, so he could be rotting for quite some time. Stone’s longtime associate Paul Manafort violated his bail and is still in a jail cell, awaiting sentencing. Stone would probably be looking at solitary confinement in jail, as has been the case with Manafort.