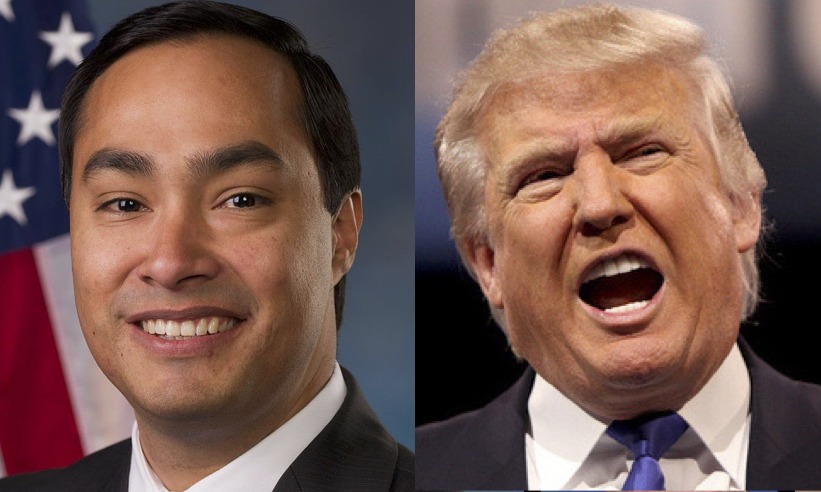 Even as Julián Castro runs for president against Donald Trump, his brother Joaquin Castro is doing what he can to stop Trump’s damage from his position in the Democratic House. To that end, Joaquin tweeted a list of San Antonio-area residents who have made the maximum allowable donation to the Trump campaign. Suffice it to say that Trump’s supporters and apologists are less than happy about it.

Joaquin Castro posted his list of notable Trump donors along with their respective occupations, and added this: “Sad to see so many San Antonians as 2019 maximum donors to Donald Trump — the owner of ⁦@BillMillerBarBQ⁩, owner of the ⁦@HistoricPearl, realtor Phyllis Browning, etc⁩. Their contributions are fueling a campaign of hate that labels Hispanic immigrants as ‘invaders.’”

Castro was clearly looking to motivate the public to boycott these people and their businesses, in the hope that they’ll stop funding Donald Trump’s hate. But the Republicans never miss an opportunity to intentionally misunderstand what’s going on. For instance, GOP Senator Ted Cruz falsely accused Castro of “doxxing” his own constituents. Meanwhile back in the real world, “doxxing” refers to giving out private information about people, such as their phone number or home address or family information. All that Castro did was publicize the names and occupations of Trump donors, which can be easily found in public campaign finance records.

“Morning Joe” Scarborough of all people ended up tweeting the most succinct explanation of what Joaquin Castro did: “Any business that donates to Trump is complicit and endorses the white supremacy he espoused in Charlottesville, with his “send her back” chants, and by laughing at shouts that Hispanic immigrants should be shot. Donors’ names are on FEC reports. They are newsworthy.”