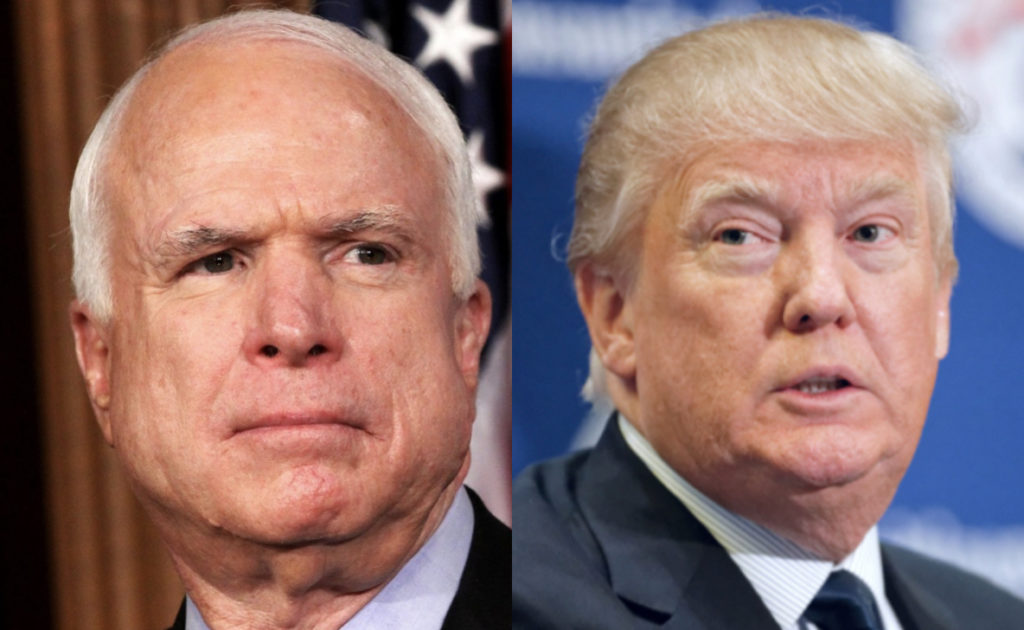 As the full horror of Donald Trump’s inhumane and deadly immigrant child concentration camps continues to be exposed, Trump has become willing to try anything as a distraction. He pretended he was going to war with Iran. He launched a bizarre attack on a popular American soccer player. Now Trump is trying one of his more desperate – and utterly deranged – distractions yet.

During the unfortunately named “Faith & Freedom Coalition” event today, Donald Trump began ranting in off-topic fashion, which is often the case. But then he touched on the fact that his Republican Party has control of the Senate, and that certain dissenters within his party are gone. Check out Trump’s quote and see if you think he’s saying what we think he’s saying: “We needed sixty votes and we had fifty-one and sometimes we had a hard time with a couple. Fortunately they’re gone now. They’ve gone on to greener pastures. Or perhaps far less green, but they’re gone. Very happy they’re gone.”

No, really, Trump really said these words. On some level Trump appears to be referring to the likes of Jeff Flake and Bob Corker, who retired. But the “far less green” pasture reference seems pretty clearly aimed at the fact that Republican Senator John McCain is deceased – and seems to be implying that McCain is now in Hell.

That’s right, Donald Trump is so far over the edge, he’s now openly celebrating the death of a Senator from his own party. He’s also saying that an American war hero is now in Hell. This guy is even further gone than we thought. And yet at the same time, keep in mind that Trump is saying these psychotic things because he doesn’t want you paying attention to the fact that Robert Mueller is about to publicly testify about his crimes, and that Trump has kidnapped large numbers of immigrant children and locked them in cages.