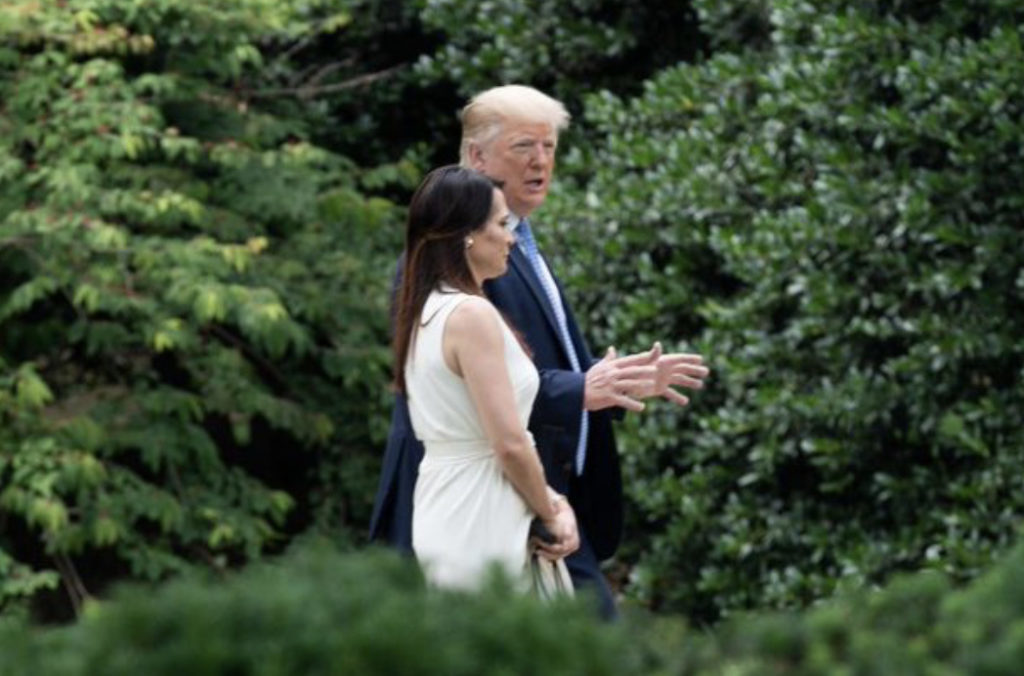 You’d be forgiven if you don’t recognize the name Stephanie Grisham. The new White House press secretary has only been on the job for six weeks, and hasn’t held a single televised briefing. She’s already well on the way of her predecessors Sean Spicer and Sarah Huckabee Sanders, willing to lie for her boss in public, and even more like Sanders, she seldom appears in public, having given only one on-camera interview since July.

The trouble is, Grisham apparently didn’t realize she’d be exposed as a liar so quickly – and that’s precisely what happened today.
The big news story Thursday was Donald Trump’s demand that Israel forbid Reps. Ilhan Omar (D-MN) and Rashida Tlaib (D-MI) from visiting the country, an appallingly undemocratic and despicable move we’ve come to expect from Trump. So much so, in fact, that Grisham was asked to lie about it when talking to reporters on Thursday morning – which she did, calling the story inaccurate.
An hour later, Trump took to Twitter, calling the two members of the squad “a disgrace” and writing: “It would show great weakness if Israel allowed Rep. Omar and Rep. Tlaib to visit.”

The abhorrent nature of that tweet aside, it’s clear why few people manage to last as press secretary, or for that matter, in most of the positions this White House is having trouble filling. Sanders probably lasted as long as she did because they couldn’t find anyone willing to risk their reputation like she did.

The White House needed someone to lie on Trump’s behalf, but the effort to protect him proved futile when he couldn’t resist another attack on the squad to fire up his base.