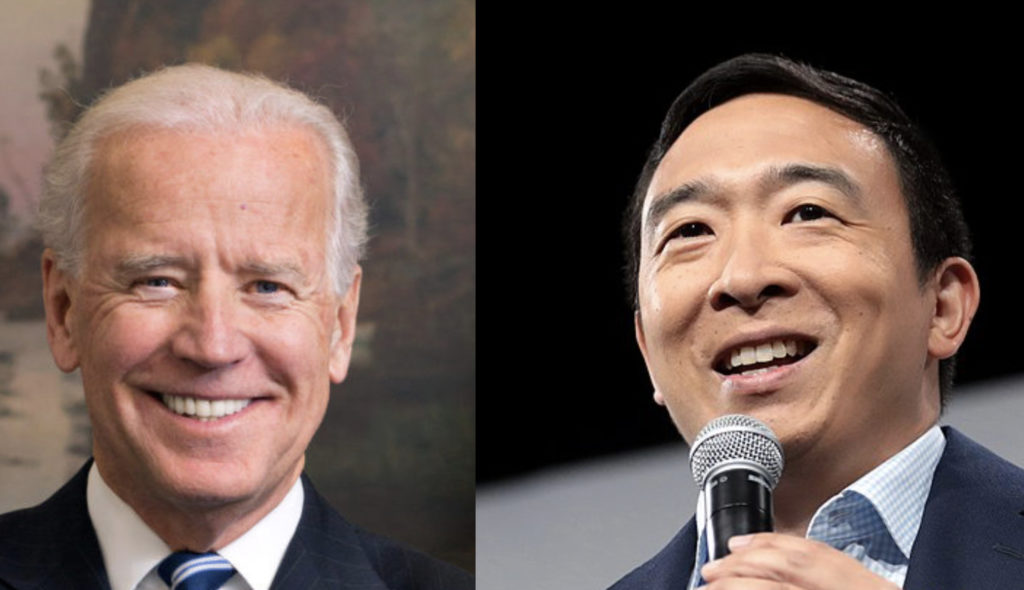 Entrepreneur Andrew Yang put together a unique and enthusiastic group of supporters when he ran for President in the 2020 Democratic primary. This was the guy who always wore a “MATH” pin, so the minute he saw that the math wasn’t there to support his candidacy, he dropped out and became an analyst for CNN.

Now Andrew Yang has looked at the math again. After Joe Biden won Michigan, Mississippi, and Missouri tonight, Yang wasted no time by announcing on CNN that he’s endorsing Biden. Yang stated that while he was a Bernie Sanders supporter in 2016, the math is telling him that Biden will be the 2020 nominee, and Yang very much wants Biden to win over Donald Trump in the general election.

It’s noteworthy that a high profile Bernie Sanders supporter like Andrew Yang is now talking about how to unite the Democratic Party behind Joe Biden. This means the primary race really is over. It also means Bernie has a limited window of remaining relevance in this race when it comes to endorsing Biden.

staging.palmerreport.com
1014
SHARES
Facebook ShareTwitter ShareEmail this articlePrint Article
LinkedinGoogleWhatsappPinterestRedditStumbleuponBufferTumblrPocketLine
← Hey Bernie Sanders, now’s your big chance to do the right thing and be a hero to everyoneDonald Trump just showed how thoroughly his head is not in the game →
10 Comments